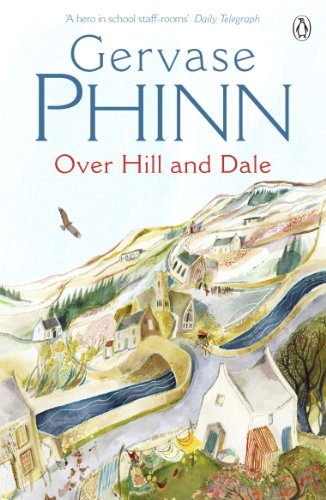 Over Hill and Dale
by Gervase Phinn

In Stock
£3.59
'Miss, who's that funny man at the back of the classroom? So begins school-inspector Gervase Phinn's second year among the frankly spoken pupils and teachers of North Yorkshire - the sight of Gervase with his notebook and pen provokes unexpected reactions from the children and adults alike.
Like New Very Good Good
Only 1 left

Over Hill and Dale Summary

Over Hill and Dale by Gervase Phinn

Over Hill and Dale is the second volume in Gervase Phinn's bestselling Dales series.

'Miss, who's that funny man at the back of the classroom?

So begins school-inspector Gervase Phinn's second year among the frankly spoken pupils and teachers of North Yorkshire - the sight of Gervase with his notebook and pen provokes unexpected reactions from the children and adults alike.

But Gervase is far from daunted - he is ready to brave the steely glare of the officious Mrs Savage, and even feels up to helping Dr Gore organize a gathering of the Feofees - just as soon as someone tells him what they are! He is still in pursuit of the lovely headteacher Christine Bentley, but will she feel the same?

This is a delectable second helping of hilarious tales from the man who has been dubbed 'the James Herriot of schools'. In Over Hill and Dale, Gervase Phinn will have you laughing out loud.

Over Hill and Dale Reviews

"Gervase Phinn's memoirs have made him a hero in school staff-rooms." --Daily Telegraph

For fourteen years he taught in a range of schools, then acted as General Advisor for Language Development in Rotherham before moving on to North Yorkshire, where he spent ten years as a school inspector - time that has provided so much source material for his books. He is a Fellow of the Royal Society of Arts and an Honorary Fello of St John's College, York.

GOR010451802
Over Hill and Dale by Gervase Phinn
Gervase Phinn
Used - Like New
Paperback
Penguin Books Ltd
2001-03-29
352
0140281290
9780140281293
N/A
Book picture is for illustrative purposes only, actual binding, cover or edition may vary.
The book has been read, but looks new. The book cover has no visible wear, and the dust jacket is included if applicable. No missing or damaged pages, no tears, possible very minimal creasing, no underlining or highlighting of text, and no writing in the margins.