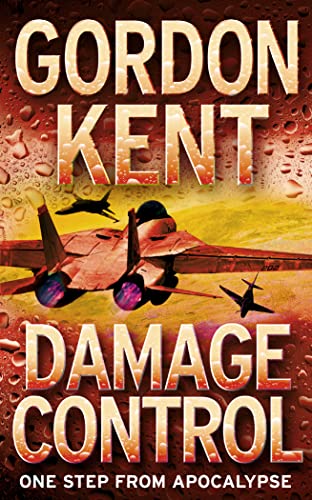 During a fleet exercise in India, Alan Craik faces a minefield of explosive events that threaten to tear the country and a US battlegroup apart. A military base is attacked by 'fringe elements'; an Indian submarine mutinies and then shoots down a US Navy aircraft and a group of Indian scientists are killed when they are attacked with Sarin gas.

Craik, ignoring the conventional wisdom that the incidents are unrelated, believes that a fanatical group have control of certain elements of both the Indian government and its armed forces.

The world is faced with the spectacle of a nuclear-capable nation in the hands of a self-destructive religious cult, and it's up to Craik and a team of specialists to re-capture the nukes and prevent massive devastation.

But with time running out and the cult leader still at large, are they already too late?

Praise for `Night Trap'
`A lot of thrillers these days, you come away feeling like you've been in a simulator. Gordon Kent straps you into the real thing. Enjoy the ride!'
Ian Rankin

`"Night Trap" is the real straight Navy stuff. Better strap yourself to the chair. I loved it.'
Stephen Coonts

Praise for `Peacemaker'
Told with all the authority of inside knowledge...an absorbing tale of international skulduggery.'
Irish News, on Peacemaker

Praise for `Top Hook'
`Consistently excellent...loaded with gunfights, snappy dialogue and the aerial hijinks of supersonic jet fighters. The high testosterone doses satisfy, but best is the complex and clever web of motive Kent weaves for the mole.'
Publishers Weekly

GOR000747367
Damage Control by Gordon Kent
Gordon Kent
Used - Very Good
Paperback
HarperCollins Publishers
2006-11-06
480
0007178778
9780007178773
N/A
Book picture is for illustrative purposes only, actual binding, cover or edition may vary.
This is a used book - there is no escaping the fact it has been read by someone else and it will show signs of wear and previous use. Overall we expect it to be in very good condition, but if you are not entirely satisfied please get in touch with us.