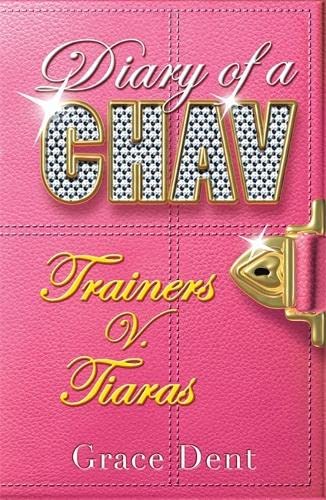 Diary of a Chav: Trainers v. Tiaras
by Grace Dent

For now, Shiraz is stuck on an estate in Goodmayes, Essex, with her sister Cava-Sue, her nightmare mum Diane and her loved-up mate Carrie. Hoodies, hip-hop and hanging about outside Claire's Accessories. Taking her flatulent Staffy for a walk. Lusting after local lad Wesley Barrington Baines II. It's a limited world for this loveable Essex dreamer. But when new English Teacher Miss Brackett arrives at Mayflower Academy, Shiraz is made to see there's more to life than getting excluded, suped up Vauxhall Novas and Chicago Town pizza. It's time Shiraz began thinking what she wants to do with life. And what sort of person she wants to be. A lot of snooty folk call Shiraz Bailey Wood a chav. Well if by 'Chav' you mean 'Charming, Hilarious, Articulate and Vibrant', Shizza doesn't mind that at all. Call her what you want. She don't care. She's keeping it real.

Grace Dent gives her heroine real warmth and humour and avoids stereotyping for easy laughs * Books Quarterly (Waterstones) *
Grace Dent manages to create a witty, exciting and honest voice in the world of teenage fiction * Cambridge Style *
Grace Dent has managed to take one of society's distasteful figures of fun and flesh out a real human being * Aberdeen Evening Express *
I can't wait now to read the rest of the books in the series -- Caitlyn McFarlane, Trinity Academy * Teen Titles *
Yes, it's for teenagers, but it's so funny, you should read it anyway * Emerald Street Newsletter *
Grace Dent is hilarious. * Emerald Street Newsletter *

GOR001022411
Diary of a Chav: Trainers v. Tiaras: Book 1 by Grace Dent
Grace Dent
Diary of a Chav
Used - Very Good
Paperback
Hachette Children's Group
2007-06-21
240
0340932171
9780340932179
N/A
Book picture is for illustrative purposes only, actual binding, cover or edition may vary.
This is a used book - there is no escaping the fact it has been read by someone else and it will show signs of wear and previous use. Overall we expect it to be in very good condition, but if you are not entirely satisfied please get in touch with us.