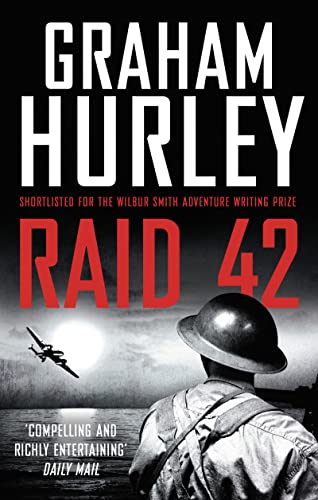 With Churchill refusing to negotiate and intelligence agencies at each other's throats, Rudolf Hess becomes the unexpected catalyst that changes the fortunes of the war.

'Liked this. Went someway to plugging the ginormous hole that Philip Kerr's sad passing has left in my life' DERMOT O'LEARY. Spring, 1941.

The war in the West is as good as won. Nation after nation has fallen before the Reich's armies. Only Britain endures, her cities under nightly bombardment from the Luftwaffe.

Berlin would happily call off the bombers in exchange for a peace treaty. Hitler would like to persuade Britain to turn her back on Europe, to attend to her precious Empire instead, to allow Germany a free hand to deal with the real enemy in the East.

Peace, perhaps, but at what cost?

For Churchill the price is too high; but for others within the British establishment, it is a price worth paying. On both sides of the channel, advocates of total war or peace-at-all-costs are at each others' throats - all unaware that Rudolf Hess, Hitler's quiet, contemplative deputy, has already taken radical steps to change the fortunes of the war...

PRAISE FOR GRAHAM HURLEY:
'Tense, absorbing and faultlessly plotted, this thoughtful thriller weaves it all together' Sunday Times Crime Club (Star Pick).
'Liked this. Went someway to plugging the ginormous hole that Philip Kerr sad passing has left in my life' Dermot O'Leary.
'Hurley brings an almost noirlike sensibility to the surprising finale' Booklist.
'So well-written you can smell the sweat and taste the fear' Peter May.
'Beautifully constructed, the result is compelling and richly entertaining' Daily Mail.

Graham Hurley is the author of the acclaimed Faraday and Winter crime novels and an award-winning TV documentary maker. Two of the critically lauded series have been shortlisted for the Theakston's Old Peculier Award for Best Crime Novel. The first Wars Within novel, Finisterre, was shortlisted for the Wilbur Smith Adventure Writing Prize. grahamhurley.co.uk