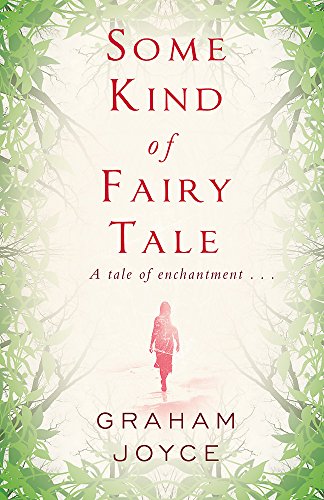 Some Kind of Fairy Tale
by Graham Joyce

Some Kind of Fairy Tale Summary

Some Kind of Fairy Tale by Graham Joyce

SOME KIND OF FAIRY TALE is a very English story. A story of woods and clearings, a story of folk tales and family histories. It is as if Neil Gaiman and Joanne Harris had written a fairy tale together.

It is Christmas afternoon and Peter Martin gets an unexpected phonecall from his parents, asking him to come round. It pulls him away from his wife and children and into a bewildering mystery.

He arrives at his parents' house and discovers that they have a visitor. His sister Tara. Not so unusual you might think, this is Christmas after all, a time when families get together. But twenty years ago Tara took a walk into the woods and never came back and as the years have gone by with no word from her the family have, unspoken, assumed that she was dead. Now she's back, tired, dirty, dishevelled, but happy and full of stories about twenty years spent travelling the world, an epic odyssey taken on a whim.

But her stories don't quite hang together and once she has cleaned herself up and got some sleep it becomes apparent that the intervening years have been very kind to Tara. She really does look no different from the young women who walked out the door twenty years ago. Peter's parents are just delighted to have their little girl back, but Peter and his best friend Richie, Tara's one time boyfriend, are not so sure. Tara seems happy enough but there is something about her. A haunted, otherworldly quality. Some would say it's as if she's off with the fairies. And as the months go by Peter begins to suspect that the woods around their homes are not finished with Tara and his family...

Some Kind of Fairy Tale Reviews

"Here is a keenly observed tale of a family in crisis, one that mixes fantasy and psychiatry in a potent cocktail." Stephen King: The Best Books I Read in 2012, "Entertainment Weekly" "Joyce's ravishing novel is about disruption and grief, about the risks of being charmed or stolen away from what we love. Though he draws faithfully on English folklore, Joyce has clearly gone beyond book-learning and made the "crossing at twilight" to the fairy kingdom himself. His writing is enthralling, agile and effortless.""New York Times" "Graham Joyce's new novel "Some Kind of Fairy Tale" is one of the most impressive fantasy books we've read in ages.... Graham Joyce has obviously steeped himself in fairy-tale lore, and his attention to detail (and to the significance of those details) is pretty astonishing. But what really makes "Some Kind of Fairy Tale" stand head and shoulders above most other fantasy novels I've read lately is the strong focus on the characters. Joyce's slow, careful narrative style draws you in to a story that's as much a family drama as it is a magical adventure.... Joyce takes a steady, masterful approach that explores one simple story from every angle, holding it up to the light until we see the hidden images revealed by each separate facet. Joyce has written a brilliant book that will make you think about the meaning of fairytales in a new way."io9.com "Ultimately, it isn't Joyce's clever self-awareness that pushes "Fairy Tale" into the stratosphere. It's the way he weaves these twisty ideas into a straightforward, achingly resonant story of a broken man who's found his long-lost sister. His prose and dialogue, even more than usual, are carved with balance, clarity, and subtlety. As a writer, Joyce is often praised as "unsentimental." That couldn't be further from the truth. Sentiment underscores everything in "Fairy Tale," from Tara's struggle to establish her sanity to the heartsick people who loved who she was--an

Graham Joyce is the award-winning author of numerous short story collections and novels, including The Tooth Fairy, Smoking Poppy, The Facts of Life, The Limits of Enchantment, The Silent Land, Some Kind of Fairy Tale and The Year of the Ladybird.

He won the British Fantasy Award six times, and the World Fantasy Award for Best Novel in 2003 for The Facts of Life. He also won the O Henry Award.

In addition to his own writing, he taught a writing course at Nottingham Trent University.

GOR004684678
Some Kind of Fairy Tale by Graham Joyce
Graham Joyce
Used - Very Good
Paperback
Orion Publishing Co
2013-03-14
400
0575115297
9780575115293
Short-listed for World Fantasy Award 2013 (UK)
Book picture is for illustrative purposes only, actual binding, cover or edition may vary.
This is a used book - there is no escaping the fact it has been read by someone else and it will show signs of wear and previous use. Overall we expect it to be in very good condition, but if you are not entirely satisfied please get in touch with us.