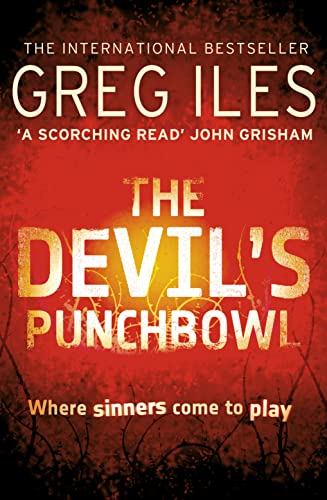 The Devil's Punchbowl
by Greg Iles

The disturbing new thriller from the king of southern gothic.

The disturbing new thriller from the king of southern gothic.

When he was a prosecuting attorney Penn Cage sent hardened killers to death row. But it is as mayor of his hometown - Natchez, Mississippi - that Penn will face his most dangerous threat.

Urged by old friends to restore the town to its former glory, Penn has ridden into office on a tide of support for change. But in its quest for new jobs and fresh money, Natchez has turned to casino gambling. Five fantastical steamboats float on the river beside the old slave market like props from Gone With the Wind. But one boat isn't like the others. Rumour has it that the Magnolia Queen has found a way to pull the big players from Las Vegas. And with them comes an unquenchable taste for one thing: blood sport, and the dark vices that go with it.

When a childhood friend of Penn's who brings him evidence of these crimes is brutally murdered, the full weight of Penn's failure to protect this city hits home. So begins his quest to find the men responsible. But it's a hunt he begins alone, for the local authorities have been corrupted by the money and power of his hidden enemy. With his family's life at stake, Penn realizes his only allies in his one-man war are those bound to him by blood or honour.

`An incredible web of intrigue and suspense' Clive Cussler

`My favourite kind of novel...Ambitious in its scope and superbly satisfying in its execution, this story resonates long after the final page is turned' Dan Brown

`Iles brilliantly creates opportunities for his characters to demonstrate principle and courage, both on a large and small scale, making this much more than just an exciting read.' Publisher's Weekly

Greg Iles is the author of eleven international best-selling novels, including Turning Angel, Blood Memory and The Quiet Game. He lives in Natchez Mississippi.

GOR001077288
The Devil's Punchbowl (Penn Cage, Book 3) by Greg Iles
Greg Iles
Penn Cage
Used - Very Good
Paperback
HarperCollins Publishers
2009-08-06
560
0007304846
9780007304844
N/A
Book picture is for illustrative purposes only, actual binding, cover or edition may vary.
This is a used book - there is no escaping the fact it has been read by someone else and it will show signs of wear and previous use. Overall we expect it to be in very good condition, but if you are not entirely satisfied please get in touch with us.