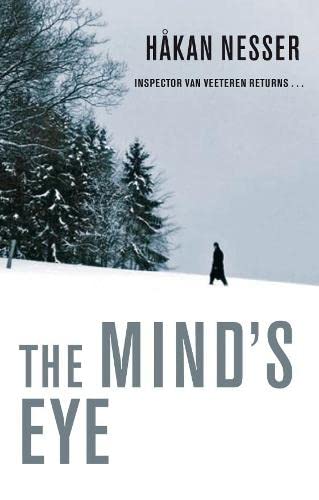 The Mind's Eye
by Hakan Nesser

The Mind's Eye by Hakan Nesser

Janek Mitter stumbles into his bathroom one morning after a night of heavy drinking, to find his beautiful young wife, Eva, floating dead in the bath. She has been brutally murdered. Yet even during his trial Mitter cannot summon a single memory of attacking Eva, nor a clue as to who could have killed her if he had not. Only once he has been convicted and locked away in an asylum for the criminally insane does he have a snatch of insight - but is it too late?

Drawing a blank after exhaustive interviews, Chief Inspector Van Veeteren remains convinced that something, or someone, in the dead woman's life has caused these tragic events. But the reasons for her speedy remarriage have died with her. And as he delves even deeper, Van Veeteren realizes that the past never stops haunting the present . . .

"Van Veeteren is the most appealingly unlovable hero since TV's crabby physician House." --"O, The Oprah Magazine" "Lean, atmospheric and full of existential uncertainty." --"Richmond Times-Dispatch" "The Mind's Eye" "satisfies on every level. It is an intelligently written, cleverly plotted tale, populated with believable characters.... Nesser was superb right out of the gate." --"BookPage"

Hakan Nesser is one of Sweden's most popular crime writers, receiving numerous awards for his novels featuring Inspector Van Veeteren, including the European Crime Fiction Star Award (Ripper Award) 2010/11, the Swedish Crime Writers' Academy Prize (three times) and Scandinavia's Glass Key Award. The Van Veeteren series is published in over 25 countries and has sold over 10 million copies worldwide. Hakan Nesser lives in Gotland with his wife, and spends part of each year in the UK.

Available from Hakan Nesser: Borkmann's Point, The Return, The Mind's Eye, The Inspector and Silence, The Unlucky Lottery

GOR001405355
The Mind's Eye by Hakan Nesser
Hakan Nesser
The Van Veeteren series
Used - Very Good
Hardback
Pan Macmillan
2008-07-04
288
0333989864
9780333989869
N/A
Book picture is for illustrative purposes only, actual binding, cover or edition may vary.
This is a used book - there is no escaping the fact it has been read by someone else and it will show signs of wear and previous use. Overall we expect it to be in very good condition, but if you are not entirely satisfied please get in touch with us.