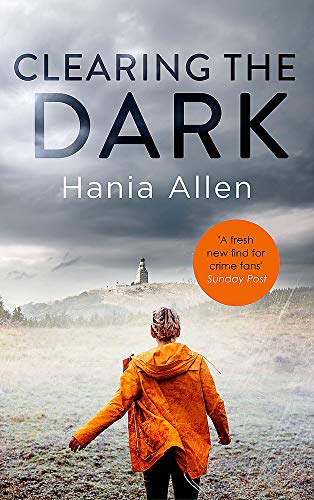 Clearing The Dark
by Hania Allen

Clearing The Dark by Hania Allen

When it comes to murder, there's no such thing as a coincidence ...

When DI Dania Gorska is called to investigate the shooting of a young man on a Dundee street, the nail hammered into his forehead suggests that local gangster, Archie McLellan has left his calling card. Clues point to his involvement in an illegal replica firearms venture, a scam that may include other members of the infamous McLellan family.

The chance discovery of human remains buried in the grounds of Breek House, once owned by the McLellans, convinces Dania the two cases must be related. But who was the mysterious tenant of Breek House at the time the bodies were put into the ground? Identifying them is complicated as all the teeth have been removed - post mortem, to prevent identification? Or was the back room at Breek House used by the McLellans as a torture chamber?

As Dania moves closer to discovering what went on at Breek House she disturbs dangerous secrets from the past which threaten the lives of those in the present...

'Nicely nasty in all the right places . . . The story rattles along until bringing the curtain down with an unnerving twist' Craig Robertson

Hania Allen was born in Liverpool, but has lived in Scotland longer than anywhere else, having come to love the people and the country (despite nine months of rain and three months of bad weather). Of Polish descent, her father was stationed in St Andrews during the war, and spoke so fondly of the town that she applied to study at the University. She has worked as a researcher, a mathematics teacher, an IT officer and finally in senior management, a post she left to write full time. She is the author of the Von Valenti novels and now lives in a fishing village in Fife.

GOR009776430
Clearing The Dark by Hania Allen
Hania Allen
Used - Very Good
Paperback
Little, Brown Book Group
2019-01-10
384
1472125495
9781472125491
N/A
Book picture is for illustrative purposes only, actual binding, cover or edition may vary.
This is a used book - there is no escaping the fact it has been read by someone else and it will show signs of wear and previous use. Overall we expect it to be in very good condition, but if you are not entirely satisfied please get in touch with us.