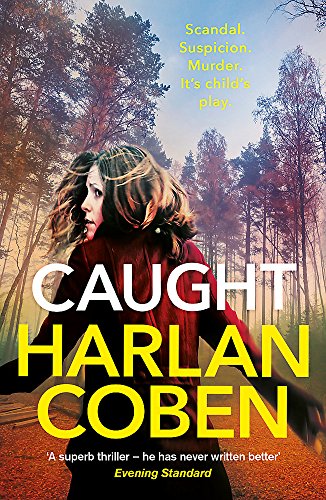 Haley McWaid never gave her parents a moment's worry. Until one morning her mother wakes to find that her seventeen-year-old daughter didn't come home the night before.

The community is stunned by her loss. Three months pass without a word and everyone assumes the worst.

Wendy Tynes is a reporter on a mission: to identify and bring down sexual predators. Her latest target is a social worker known as a friend to troubled teens.

But Wendy soon realises she can't trust her own instincts - or the motives of the people around her - and that this story is more twisted than she could have imagined...

'A superb thriller - he has never written better' Evening Standard

'The modern master of the hook and twist' Dan Brown

'Simply one of the all-time greats - pick up any one of his thrillers and you'll find a riveting, twisty, surprising story with a big, beating heart at its core' Gillian Flynn

GOR008953487
Caught by Harlan Coben
Harlan Coben
Used - Very Good
Paperback
Orion Publishing Co
2018-02-22
400
1409179435
9781409179436
N/A
Book picture is for illustrative purposes only, actual binding, cover or edition may vary.
This is a used book - there is no escaping the fact it has been read by someone else and it will show signs of wear and previous use. Overall we expect it to be in very good condition, but if you are not entirely satisfied please get in touch with us.