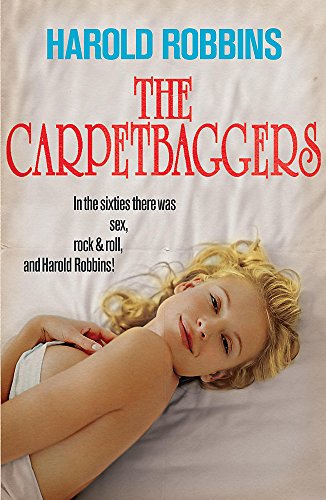 The Carpetbaggers
by Harold Robbins

In Stock
£7.49
Realistic, sexy, brutally honest - this notorious international bestseller was a publishing phenomenon, became a popular classic, and is now a Great Read.
Good
Only 1 left

The Carpetbaggers by Harold Robbins

Attacked, damned, praised and read around the world, THE CARPETBAGGERS was first published in 1961 and shelved high enough that the kids couldn't get their hands on it.

Set in the aviation industry and Hollywood in the 1930s, it is said the lead protaganist Jonas Cord is based on Bill Lear and Howard Hughes. It is the original sex and money blockbuster: a cracking story driven relentlessly forward by the sheer power and boldness of Robbins' writing.

'It is not quite proper to have printed The Carpetbaggers between the covers of a book. It should have been inscribed on the walls of a public lavatory.' * New York Times *
'With Harold's books, we'd play the guessing game. Who is that mogul, who is that actress, who is this sexually available babe?' * Jackie Collins *

Robbins was the world's first playboy author and master of publicity. In March 1965, he had three novels on the British paperback bestseller list - Where Love Has Gone at No 1, The Carpetbaggers at No 3 and The Dream Merchants in sixth spot.

With reported worldwide sales of 750m, Harold Robbins sold more books than JK Rowling, earned and spent $50m during his lifetime, and was as much a part of the sexual and social revolution as the pill, Playboy and pot. At the height of his success, Robbins had a mansion in Beverly Hills, a home in the south of France and a house in Acapulco. He owned a fleet of 14 cars, including a white Rolls-Royce and a number of Jensens, an exquisite art collection (Picasso, Chagall, Leger, Bernard Buffet) and two yachts, one moored in Los Angeles, the other in Cannes.

After a drug overdose in 1984 he had a seizure in the process of which he shattered his hip. Confined to a wheelchair he spent his fortune on care and died $1million in debt.

GOR000936049
The Carpetbaggers by Harold Robbins
Harold Robbins
Used - Good
Paperback
Hodder & Stoughton General Division
2008-06-26
720
0340952849
9780340952849
N/A
Book picture is for illustrative purposes only, actual binding, cover or edition may vary.
The book has been read but remains in clean condition. All pages are intact and the cover is intact. Some minor wear to the spine.