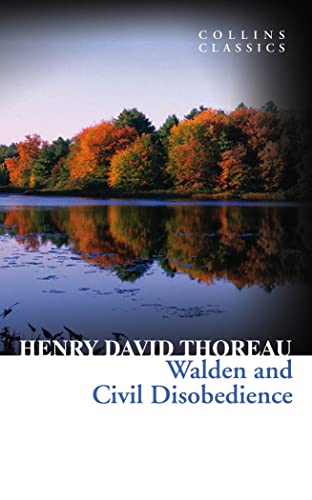 "I went to the woods because I wished to live deliberately, to front only the essential facts of life, and see if I could not learn what it had to teach, and not, when I came to die, discover that I had not lived. I did not wish to live what was not life, living is so dear; nor did I wish to practise resignation, unless it was quite necessary. I wanted to live deep and suck out all the marrow of life, to live so sturdily and Spartan-like as to put to rout all that was not life, to cut a broad swath and shave close, to drive life into a corner, and reduce it to its lowest terms, and, if it proved to be mean, why then to get the whole and genuine meanness of it, and publish its meanness to the world; or if it were sublime, to know it by experience, and be able to give a true account of it in my next excursion. "
- Henry David Thoreau, Walden

'Thoreau was a great writer, philosopher, poet, and withal a most practical man, that is, he taught nothing he was not prepared to practise in himself. ... He went to gaol for the sake of his principles and suffering humanity. His essay has, therefore, been sanctified by suffering. Moreover, it is written for all time. Its incisive logic is unanswerable.' Mohandas Gandhi

'I became convinced that noncooperation with evil is as much a moral obligation as is cooperation with good. No other person has been more eloquent and passionate in getting this idea across than Henry David Thoreau. As a result of his writings and personal witness, we are the heirs of a legacy of creative protest.' Martin Luther King, Jr

Henry David Thoreau (1817-62) was an American author, intellectual and political dissident most famous for his works Walden and Civil Disobedience. An active abolitionist and naturalist, Thoreau is best remembered for his theory of civil disobedience, which foregrounded the work of figures such as Mohandas Ghandi and Martin Luther King.

NGR9780007925292
Walden and Civil Disobedience (Collins Classics) by Henry David Thoreau
Henry David Thoreau
Collins Classics
New
Paperback
HarperCollins Publishers
2018-07-26
432
0007925298
9780007925292
N/A
Book picture is for illustrative purposes only, actual binding, cover or edition may vary.
This is a new book - be the first to read this copy. With untouched pages and a perfect binding, your brand new copy is ready to be opened for the first time.