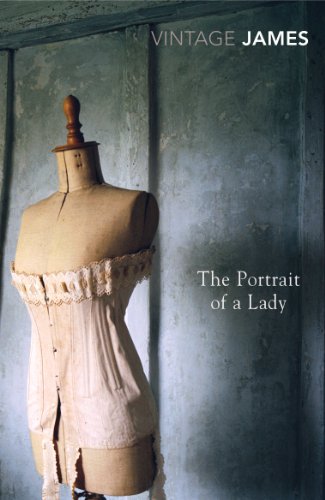 The Portrait of a Lady
by Henry James

Used Price
£4.49
New RRP £6.99
Free Shipping in the UK
Isabel Archer's main aim in life is to protect her independence. However, on a trip around Europe with her aunt, she finds herself captivated by the charming Gilbert Osmond, who is very interested in the idea of adding Isabel to his collection of beautiful artworks...
Reviews:
Trustpilot
Very Good Good

The Portrait of a Lady Summary

The Portrait of a Lady by Henry James

Isabel Archer's main aim in life is to protect her independence. She is not interested in settling down and compromising her freedom for the sake of marriage. However, on a trip around Europe with her aunt, she finds herself captivated by the charming Gilbert Osmond, who is very interested in the idea of adding Isabel to his collection of beautiful artworks...

Customer Reviews - The Portrait of a Lady

The Portrait of a Lady Reviews

"This subtle, beautifully constructed study of an attractive, intelligent, spirited young woman's transition from insouciance to enlightenment is a classic. Passion, intrigue, betrayal - it sounds like a potboiler, but James's observations of Victorian manners, understanding of human nature and exquisite prose elevate it to another league" * Guardian *
"The Portrait of a Lady is entirely successful in giving one the sense of having met somebody far too radiantly good for this world" -- Rebecca West
"Subtle and sophisticated and concerned with psychological nuance and social acceptability" -- Joanna Trollope
"James is the master of making what is not said the most important thing on the page" -- Kate Atkinson
"I read Portrait of a Lady by Henry James maybe once a year. I just love the story. I love the pace of it" -- Colm Toibin

Henry James was born on 15th April 1843 in Washington Place, New York to a wealthy and intellectual family and as a youth travelled between Europe and America and studied with tutors in Geneva, London, Paris, Bologna and Bonn. He briefly and unsuccessfully studied law at Harvard but decided he preferred reading and writing fiction to studying law. His first novel, Watch and Ward, was published in 1871 after first appearing serially in Atlantic Monthly. After a brief period in Paris, James moved first to London and then later to Rye in Sussex. He became a British citizen in 1915 to declare his loyalty to his adopted country as well as to protest against America's refusal to enter the war on behalf of Britain. Henry James was a prolific writer and critic and from around 1875 until his death he maintained a strenuous schedule of publications in a variety of genres: novels, short story collections, literary criticism, travel writing, biography and autobiography. He died in 1916.

GOR001954666
The Portrait of a Lady by Henry James
Henry James
Used - Very Good
Paperback
Vintage Publishing
2008-02-07
624
0099511606
9780099511601
N/A
Book picture is for illustrative purposes only, actual binding, cover or edition may vary.
This is a used book - there is no escaping the fact it has been read by someone else and it will show signs of wear and previous use. Overall we expect it to be in very good condition, but if you are not entirely satisfied please get in touch with us.