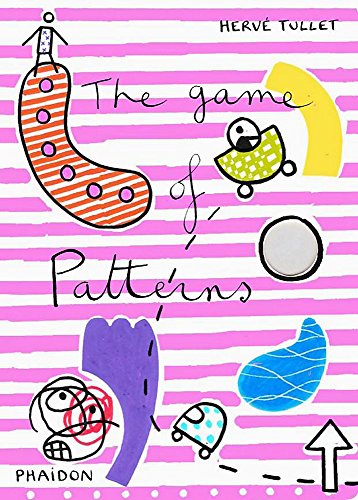 The Game of Patterns
by Herve Tullet

A bright, interactive game of spot the difference.

The Game of Patterns Summary

The Game of Patterns by Herve Tullet

Study the lines, shapes and colours of the patterns in this book. They may look the same... but they're not! Look closely - how many differences can you spot?

The Game of Patterns Reviews

Herve Tullet was born in 1958. After studying Fine Art, he worked as an Art Director for ten years (1981-1992) before joining the advertising industry. In 1990, he produced his first illustrations for the press in France (Elle, Le Monde, Liberation, Lire, Enfants Magazine, etc.) and has since been published in numerous magazines around the world. In 1994 he published his first book for children. Since then he has devoted himself to illustrating and painting. A great lover of children's literature, he is the father two boys and a girl, who never fail to inspire him.

GOR004637502
The Game of Patterns by Herve Tullet
Herve Tullet
Used - Very Good
Hardback
Phaidon Press Ltd
2011-02-22
14
0714861871
9780714861876
N/A
Book picture is for illustrative purposes only, actual binding, cover or edition may vary.
This is a used book - there is no escaping the fact it has been read by someone else and it will show signs of wear and previous use. Overall we expect it to be in very good condition, but if you are not entirely satisfied please get in touch with us.