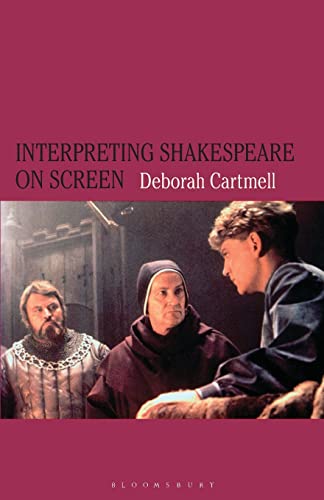 This book explores Shakespeare films as interpretations of Shakespeare's plays as well as interpreting the place of Shakespeare on screen within the classroom and within the English curriculum. Shakespeare on screen is evaluated both in relation to the play texts and in relation to the realms of popular film culture. The book focuses on how Shakespeare is manipulated in film and television through the representation of violence, gender, sexuality, race and nationalism. Cartmell discusses a wide range of films, including Orson Welles' Othello (1952), Kenneth Branagh's Much Ado About Nothing (1993), Peter Greenaway's Prospero's Books (1991), Baz Luhrmann's William Shakespeare's Romeo and Juliet (1996) and John Madden's Shakespeare in Love (1998).

'The text sets adaptation in the context of wider issues of culture and identity relevant to any module on Shakespeare.' - John Marland, College of Ripon & York St John 'The book is more student-orientated than the usual range on Shakespeare and film, as well as being critically challenging. A rewarding book for undergraduates and a good starting place for postgraduates.' - Maria Jones, University of Wolverhampton 'This is an excellent book, which I will strongly recommend to my students.' - David Olive, Manchester Metropolitan University

DEBORAH CARTMELL is Principal Lecturer in English at De Montfort University, Leicester. She is co-editor of the Film/Fiction annual (1996-).

GOR004724471
Interpreting Shakespeare on Screen by Hester Bradley
Hester Bradley
Used - Good
Paperback
Palgrave Macmillan
2000-07-10
170
0333652126
9780333652121
N/A
Book picture is for illustrative purposes only, actual binding, cover or edition may vary.
The book has been read but remains in clean condition. All pages are intact and the cover is intact. Some minor wear to the spine.