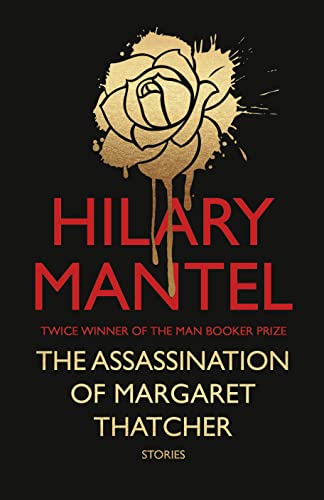 The Assassination of Margaret Thatcher
by Hilary Mantel

A brilliant - and rather transgressive - collection of short stories from the double Man Booker Prize-winning author of 'Wolf Hall' and 'Bring Up the Bodies'.

The Assassination of Margaret Thatcher Summary

The Assassination of Margaret Thatcher by Hilary Mantel

A brilliant - and rather transgressive - collection of short stories from the double Man Booker Prize-winning author of 'Wolf Hall' and 'Bring Up the Bodies'.

Hilary Mantel is one of Britain's most accomplished and acclaimed writers. In these ten bracingly subversive tales, all her gifts of characterisation and observation are fully engaged, summoning forth the horrors so often concealed behind everyday facades. Childhood cruelty is played out behind the bushes in 'Comma'; nurses clash in 'Harley Street' over something more than professional differences; and in the title story, staying in for the plumber turns into an ambiguous and potentially deadly waiting game.

Whether set in a claustrophobic Saudi Arabian flat or on a precarious mountain road in Greece, these stories share an insight into the darkest recesses of the spirit. Displaying all of Mantel's unmistakable style and wit, they reveal a great writer at the peak of her powers.

The Assassination of Margaret Thatcher Reviews

'An exhilarating, if dark, collection ... 'The Assassination of Margaret Thatcher' is a small triumph: a lesson in artfully controlled savagery' Sunday Times

'I would recommend the brilliantly chilling ...The Assassination of Margaret Thatcher over most other long or short works this year.' Telegraph, Books of the Year

'What a fabulously nasty concoction Hilary Mantel has served up ... It's a fugu fish of a book; parts of which will leave you dizzily elated, while other parts may make you very ill indeed ... The venom is distilled, bottled and dripped like slowly staining bitters into the cocktail of the entertainment ... That title story, wickedly good, is alone worth the price of admission to the book' Simon Schama, Financial Times

'The best stories in the collection ... combine sharp observation and sly wit with a subtle burrowing into the recesses of her protagonists' heads. The darker stories recall both the metaphysical speculations of Jorge Luis Borges and the trickery of Roald Dahl' Mail on Sunday

'Infused with Mantel's almost lush evocations of isolation and distress ... All in all, these are alluring portraits of interior disquiet' Observer

'No one else quite sounds like Mantel in this vein, although a top-level summit of Muriel Spark and Alan Bennett might conceivably come close. Mantel takes absolutely nothing on trust. Bodies can, and will, malfunction; ditto minds, and marriages. Malice, power or simple chance may always undermine the ground beneath your feet' Independent

'Much of Mantel's glorious power comes from her unsentimental, forensic gaze and willingness to describe the uncomfortable ... Mantel's brutally dissecting eye is much in evidence here ... Her prose is sublime ... the glittering details exquisite' Independent on Sunday

Hilary Mantel is the author of thirteen books , including A PLACE OF GREATER SAFETY, BEYOND BLACK, and the memoir GIVING UP THE GHOST. Her two most recent novels, WOLF HALL and its sequel BRING UP THE BODIES, have both been awarded The Man Booker Prize - an unprecedented achievement.

GOR010482833
The Assassination of Margaret Thatcher by Hilary Mantel
Hilary Mantel
Used - Like New
Hardback
HarperCollins Publishers
2014-09-22
256
0007580975
9780007580972
N/A
Book picture is for illustrative purposes only, actual binding, cover or edition may vary.
This is a used book - there is no escaping the fact it has been read by someone else and it will show signs of wear and previous use. Overall we expect it to be in very good condition, but if you are not entirely satisfied please get in touch with us.