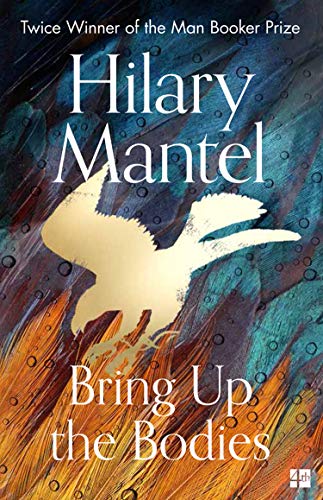 Bring Up the Bodies by Hilary Mantel

The second book in Hilary Mantel's award-winning Wolf Hall trilogy, with a stunning new cover design to celebrate the publication of the much anticipated The Mirror and the Light

The second book in Hilary Mantel's award-winning Wolf Hall trilogy, with a stunning new cover design to celebrate the publication of the much anticipated The Mirror and the Light

'Our most brilliant English writer' Guardian

Bring Up the Bodies unlocks the darkly glittering court of Henry VIII, where Thomas Cromwell is now chief minister. With Henry captivated by plain Jane Seymour and rumours of Anne Boleyn's faithlessness whispered by all, Cromwell knows what he must do to secure his position. But the bloody theatre of the queen's final days will leave no one unscathed.

'In another league. This ongoing story of Henry VIII's right-hand man is the finest piece of historical fiction I have ever read' Sunday Telegraph

'This is a bloody story about the death of Anne Boleyn, but Hilary Mantel is a writer who thinks through the blood. She uses her power of prose to create moral ambiguity and the real uncertainty of political life ... She has recast the most essential period of our modern English history; we have the greatest modern English prose writer reviving possibly one of the best known pieces of English history' Sir Peter Stothard, Chair of the judges for the Man Booker Prize 2012

'Simply exceptional ... I envy anyone who hasn't yet read it' Sandra Parsons, Daily Mail

'Succeeds brilliantly in every particle ... it's an imaginative achievement to exhaust superlatives' Spectator

'Wolf Hall was a tour de force, but its sequel is leaner, more brilliant, more shocking than its predecessor' Erica Wagner, The Times

'Picks up the body parts where Wolf Hall left off ... literary invention does not fail her: she's as deft and verbally adroit as ever' Margaret Atwood, Guardian

'Mantel in the voice of Cromwell is inspired. When she is in full flow as a novelist, creating scenes and inventing dialogue, she is more convincing than rendering a recorded scene from history' Philippa Gregory, Sunday Express

'Don't think you can start this book whenever you feel like it - plan ahead, as, once started, it's impossible to escape its grip, and until it's finished, you won't get any sleep' Country Life

GOR010462932
9780008381684
0008381682
Bring Up the Bodies (The Wolf Hall Trilogy) by Hilary Mantel
Hilary Mantel
The Wolf Hall Trilogy
Used - Like New
Paperback
HarperCollins Publishers
2019-11-28
528
N/A
Book picture is for illustrative purposes only, actual binding, cover or edition may vary.
The book has been read, but looks new. The book cover has no visible wear, and the dust jacket is included if applicable. No missing or damaged pages, no tears, possible very minimal creasing, no underlining or highlighting of text, and no writing in the margins
Trustpilot