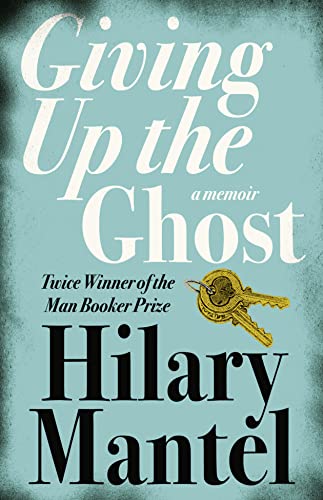 Giving up the Ghost
by Hilary Mantel

Giving Up the Ghost is the shocking and beautiful memoir, from the author of Wolf Hall, Bring Up the Bodies and The Mirror & the Light

Giving up the Ghost Summary

Giving up the Ghost: A memoir by Hilary Mantel

Giving Up the Ghost is the shocking and beautiful memoir, from the author of Wolf Hall, Bring Up the Bodies and The Mirror & the Light

Opening in 1995 with 'A Second Home', Mantel describes the death of her stepfather which leaves her deeply troubled by the unresolved events of her childhood. In 'Now Geoffrey Don't Torment Her' Mantel takes the reader into the muffled consciousness of her early childhood, culminating in the birth of a younger brother and the strange candlelight ceremony of her mother's 'churching'. In 'Smile', an account of teenage perplexity, Mantel describes a household where the keeping of secrets has become a way of life. Finally, at the memoir's conclusion, Mantel explains how through a series of medical misunderstandings and neglect she came to be childless and how the ghosts of the unborn like chances missed or pages unturned, have come to haunt her life as a writer.

Customer Reviews - Giving up the Ghost

Giving up the Ghost Reviews

'She is by turns facetious, matter-of-fact, visionary and comical but always totally riveting.' Daily Telegraph

'An extraordinary story, sometimes comic, often grim, but most importantly it is a story of survival.' Spectator

'A masterpiece of wit...[the] past, so thoroughly vanished, is made to live again here.' Rachel Cusk

'What a remarkable writer she is. She is piercingly, even laceratingly observant ... a very startling and daring memoir; the more I read it the more unsettling it becomes.' Helen Dunmore

'I was riveted. It's raw, it's distressing and it's full of piercing insights into a first-rate novelist's mind.' Margaret Forster

'A stunning evocation of an ill-fitting childhood and a womanhood blighted by medical ineptitude. Hilary Mantel's frank and beautiful memoir is impossible to put down and impossible to forget.' Clare Boylan

GOR001293954
Giving up the Ghost: A memoir by Hilary Mantel
Hilary Mantel
Used - Very Good
Paperback
HarperCollins Publishers
2004-05-11
272
0007142722
9780007142729
N/A
Book picture is for illustrative purposes only, actual binding, cover or edition may vary.
This is a used book - there is no escaping the fact it has been read by someone else and it will show signs of wear and previous use. Overall we expect it to be in very good condition, but if you are not entirely satisfied please get in touch with us.