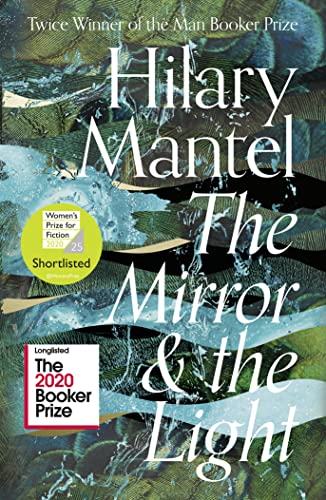 The Mirror and the Light
by Hilary Mantel

The Mirror and the Light Summary

The long-awaited sequel to Wolf Hall and Bring Up the Bodies, the stunning conclusion to Hilary Mantel's Man Booker Prize-winning Wolf Hall trilogy.

'If you cannot speak truth at a beheading, when can you speak it?'

England, May 1536. Anne Boleyn is dead, decapitated in the space of a heartbeat by a hired French executioner. As her remains are bundled into oblivion, Thomas Cromwell breakfasts with the victors. The blacksmith's son from Putney emerges from the spring's bloodbath to continue his climb to power and wealth, while his formidable master, Henry VIII, settles to short-lived happiness with his third queen, Jane Seymour.

Cromwell is a man with only his wits to rely on; he has no great family to back him, no private army. Despite rebellion at home, traitors plotting abroad and the threat of invasion testing Henry's regime to breaking point, Cromwell's robust imagination sees a new country in the mirror of the future. But can a nation, or a person, shed the past like a skin? Do the dead continually unbury themselves? What will you do, the Spanish ambassador asks Cromwell, when the king turns on you, as sooner or later he turns on everyone close to him?

With The Mirror and the Light, Hilary Mantel brings to a triumphant close the trilogy she began with Wolf Hall and Bring Up the Bodies. She traces the final years of Thomas Cromwell, the boy from nowhere who climbs to the heights of power, offering a defining portrait of predator and prey, of a ferocious contest between present and past, between royal will and a common man's vision: of a modern nation making itself through conflict, passion and courage.

Customer Reviews - The Mirror and the Light

The Mirror and the Light Reviews

'Hilary Mantel has written an epic of English history that does what the Aeneid did for the Romans and War and Peace for the Russians. We are lucky to have it.' Sunday Telegraph

'Very few writers manage not just to excavate the sedimented remains of the past, but bring them up again into the light and air so that they shine brightly once more before us. Hilary Mantel has done just that.' Simon Schama, Financial Times

'A masterpiece that will keep yielding its riches, changing as its readers change, going forward with us into the future' Guardian

'Ambitious, compassionate, clear-eyed yet emotional, passionate and pragmatic, The Mirror & the Light lays down a marker for historical fiction that will set the standard for generations to come' Independent

'It's the crowning glory of a towering achievement' Mail on Sunday

'Very few writers manage not just to excavate the sedimented remains of the past, but bring them up again into the light and air so that they shine brightly once more before us. Hilary Mantel has done just that' Financial Times, Simon Scharma

'This is a must-read' Good Housekeeping

'On closing the book I wept as I've not wept over a novel since I was a child . . . Mantel struck her spear against the flint of Thomas Cromwell, and lit such a candle in England as will never go out'
Telegraph, Sarah Perry,

'A masterpiece . . . Mantel has redefined what the historical novel is capable of . . . Taken together, her Cromwell novels are, for my money, the greatest English novels of this century' Observer, Stephanie Merritt

NGR9780008390600
The Mirror and the Light (The Wolf Hall Trilogy) by Hilary Mantel
Hilary Mantel
The Wolf Hall Trilogy
New
Hardback
HarperCollins Publishers
2020-03-05
912
0008390606
9780008390600
N/A
Book picture is for illustrative purposes only, actual binding, cover or edition may vary.
This is a new book - be the first to read this copy. With untouched pages and a perfect binding, your brand new copy is ready to be opened for the first time.