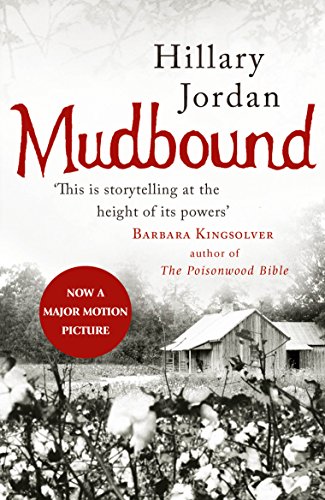 In Stock
£3.99
BLIGEWhen Henry McAllan moves his city-bred wife, Laura, to a cotton farm in the Mississippi Delta in 1946, she finds herself in a place both foreign and frightening.
Very Good Good
9 in stock

NOW A MAJOR MOTION PICTURE STARRING CAREY MULLIGAN, GARRETT HEDLUND & MARY J. BLIGE When Henry McAllan moves his city-bred wife, Laura, to a cotton farm in the Mississippi Delta in 1946, she finds herself in a place both foreign and frightening. Henry's love of rural life is not shared by Laura, who struggles to raise their two young children in an isolated shotgun shack under the eye of her hateful, racist father-in-law. When it rains, the waters rise up and swallow the bridge to town, stranding the family in a sea of mud. As the Second World War shudders to an end, two young men return from Europe to help work the farm. Jamie McAllan is everything his older brother Henry is not and is sensitive to Laura's plight, but also haunted by his memories of combat. Ronsel Jackson, eldest son of the black sharecroppers who live on the farm, comes home from war with the shine of a hero, only to face far more dangerous battles against the ingrained bigotry of his own countrymen. These two unlikely friends become players in a tragedy on the grandest scale.

"A hard-bitten drama set in the Deep South in the middle of the last century - I immediately thought of William Faulkner .... Passions explode. It grips." * Evening Standard *
"Evocative and eloquently told ... Mudbound is a powerful and heart-breaking story of injustice, race and family; and though it's not always an easy read, it is ultimately an important one" * Culturefly *
"Mudbound by Hillary Jordan is a powerful and relevant read in this Trump era where jingoism and racism is at fever pitch... The American struggle against Nazism and racism couldn't be more pertinent to our times and this book depicts the unfairness and cruelty of prejudice and racial discrimination with blinding insight. If you are a fan of gripping and deeply resonant novels like Faulkner's As I Lay Dying and The Help ,then I highly recommend you to buy Mudbound" * BookRiot *
"A page-turning read that conveys a serious message without preaching" * Observer *
"This is storytelling at the height of its powers: the ache of wrongs not yet made right, the fierce attendance of history made as real as rain, as true as this minute. Hillary Jordan writes with the force of a Delta storm" -- Barbara Kingsolver

Hillary Jordan is the author of two novels: MUDBOUND (2008) and WHEN SHE WOKE (2011), as well as the digital short "Aftermirth" (2012). MUDBOUND won the 2006 Bellwether Prize for fiction, founded by Barbara Kingsolver to recognize debut novels of social justice, and an Alex Award from the American Library Association. It was a 2013 World Book Night selection, and PASTE Magazine named it one of the Top Ten Debut Novels of the Decade. WHEN SHE WOKE was one of BookPage's Best Books of 2011, a Booklist Editor's Choice for Best Fiction of 2011 and a Lamda Award finalist. Both novels were long-listed for the IMPAC Dublin Literary Award. They have been translated into 10 languages. Hillary received her BA from Wellesley College in 1984 and her MFA from Columbia University in 2004. She lives in Brooklyn, NY.

GOR001006915
Mudbound by Hillary Jordan
Hillary Jordan
Used - Very Good
Paperback
Cornerstone
2008-10-02
336
0099524686
9780099524687
Short-listed for Galaxy British Book Awards: Waterstone's New Writer of the Year 2009
Book picture is for illustrative purposes only, actual binding, cover or edition may vary.
This is a used book - there is no escaping the fact it has been read by someone else and it will show signs of wear and previous use. Overall we expect it to be in very good condition, but if you are not entirely satisfied please get in touch with us.