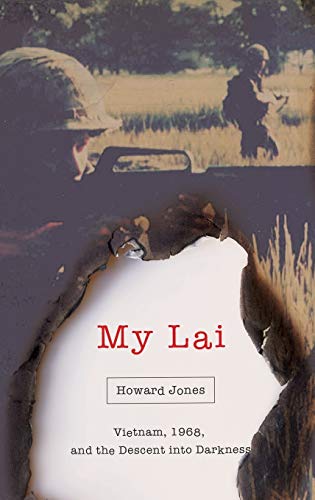 In Stock
£19.99
A reexamination of the 1968 My Lai massacre offers new perspective on the events and their relevance today in light of Abu Ghraib and other US Military scandals
Very Good
Only 1 left

On the early morning of March 16, 1968, American soldiers from three platoons of Charlie Company (1st Battalion, 20th Infantry Regiment, 11th Brigade, 23rd Infantry Division), entered a group of hamlets located in the Son Tinh district of South Vietnam, located near the Demilitarized Zone and known as "Pinkville" because of the high level of Vietcong infiltration. The soldiers, many still teenagers who had been in the country for three months, were on a "search and destroy" mission. The Tet Offensive had occurred only weeks earlier and in the same area and had made them jittery; so had mounting losses from booby traps and a seemingly invisible enemy. Three hours after the GIs entered the hamlets, more than five hundred unarmed villagers lay dead, killed in cold blood. The atrocity took its name from one of the hamlets, known by the Americans as My Lai 4. Military authorities attempted to suppress the news of My Lai, until some who had been there, in particular a helicopter pilot named Hugh Thompson and a door gunner named Lawrence Colburn, spoke up about what they had seen. The official line was that the villagers had been killed by artillery and gunship fire rather than by small arms. That line soon began to fray. Lieutenant William Calley, one of the platoon leaders, admitted to shooting the villagers but insisted that he had acted upon orders. An expose of the massacre and cover-up by journalist Seymour Hersh, followed by graphic photographs, incited international outrage, and Congressional and U.S. Army inquiries began. Calley and nearly thirty other officers were charged with war crimes, though Calley alone was convicted and would serve three and a half years under house arrest before being paroled in 1974. My Lai polarized American sentiment. Many saw Calley as a scapegoat, the victim of a doomed strategy in an unwinnable war. Others saw a war criminal. President Nixon was poised to offer a presidential pardon. The atrocity intensified opposition to the war, devastating any pretense of American moral superiority. Its effect on military morale and policy was profound and enduring. The Army implemented reforms and began enforcing adherence to the Hague and Geneva conventions. Before launching an offensive during Desert Storm in 1991, one general warned his brigade commanders, "No My Lais in this division-do you hear me?" Compelling, comprehensive, and haunting, based on both exhaustive archival research and extensive interviews, Howard Jones's My Lai will stand as the definitive book on one of the most devastating events in American military history.

an exhaustively researched and well-written narrative and analysis of the My Lai Massacre ... [Jones] has produced a thorough and, as he says, 'balanced and accurate' analysis of the massacre itself, along with the event's controversial and convoluted legal and political aftermath. * Vietnam Veterans of America *
A powerful and discerning account of one of the darkest days in American military history. Judicious and unsparing, My Lai chronicles anew the 'Descent into Darkness,' and considers how we should think about the massacre today, half a century later. * Fredrik Logevall, Pulitzer Prize-winning author of Embers of War: The Fall of an Empire and the Making of America's Vietnam *
Howard Jones' My Lai is one of the most important books of the past decade on the Vietnam War. He has masterfully peeled away the complexity of the My Lai massacre and its cover-up to reveal more clearly than ever the dark horror, willful deceit, moral incompetence of this mass killing and its aftermath. Thanks to Jones, we now have a deeper understanding of My Lai and Vietnam. * William Thomas Allison, Georgia Southern University, author of My Lai: An American Atrocity in the Vietnam War *
A searing investigation of a war crime so savage it could not be ignored or excused, and whose aftermath still courses through the veins of America's conscience, Howard Jones' My Lai now takes its place among the indispensable studies of modern American military history and the laws of war. * Roger Spiller, George C. Marshall Professor of Military History, emeritus, US Army Command and General Staff College *
Howard Jones has written a powerful account of America's darkest hour in the Vietnam War. The victims' pain, the soldiers' guilt, and their leaders' culpability are all laid out for us to read in this gripping history. For anyone who wants to understand the tragedy of that war, this is essential reading. * Lien-Hang T. Nguyen, Dorothy Borg Professor in the History of the United States and East Asia, Columbia University *
Howard Jones has produced the definitive work on My Lai. Beautifully written, balanced, and thorough, it makes full use of all the diverse sources previously unavailable to those who have written about My Lai, including those directly involved in its aftermath. Henceforth this significant work will be the go-to book on and authoritative reference to this American tragedy. * William G. Eckhardt, Col. (Ret.) JAGC, Chief Prosecutor My Lai Ground Action, Teaching Professor Emeritus, University of Missouri, Kansas City School of Law *
The best book by far on the My Lai massacre and its aftermath - exhaustively researched, persuasively argued, and a page-turner to boot. A must-read for anyone interested not only in the Vietnam era, but also in how things can go terribly wrong in the midst of armed conflict, the laws of war notwithstanding. Truly exceptional! * Ralph B. Levering, author of The Cold War: A Post-Cold War History *
Nearly 10 years in the making, this exhaustively researched and well-written narrative bores in on the details of what has become known as the My Lai Massacre ... Jones, professor emeritus of history at the University of Alabama, mined an array of sources, including some original oral histories and interviews with Americans and Vietnamese, in producing this authoritative account of a dark moment in American history. * Publishers Weekly *

Howard Jones is University Research Professor of History Emeritus at the University of Alabama, where he taught for thirty-nine years. He is a New York Times-bestselling author of Mutiny on the Amistad (the basis for Steven Spielberg's film Amistad), as well as The Bay of Pigs, Death of a Generation, and To the Webster-Ashburton Treaty. He lives with his wife, Mary Ann, in Northport, Alabama.