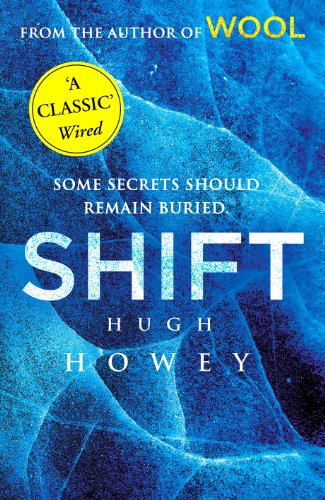 In Stock
£2.99
The much anticipated prequel to bestseller Wool that takes us back to the beginnings of the silo. You will live in this world.' Justin CroninIn a future less than fifty years away, the world is still as we know it. The truth is that it is ticking away. a path that will take us below ground.
Very Good Good Well Read
22 in stock

The much anticipated prequel to bestseller Wool that takes us back to the beginnings of the silo. The full novel which brings together First, Second and Third Shift. 'The next Hunger Games' The Sunday Times 'An epic feat of imagination. You will live in this world.' Justin Cronin In a future less than fifty years away, the world is still as we know it. Time continues to tick by. The truth is that it is ticking away. A powerful few know what lies ahead. They are preparing for it. They are trying to protect us. They are setting us on a path from which we can never return. A path that will lead to destruction; a path that will take us below ground. The history of the silo is about to be written. Our future is about to begin.

"Brilliantly written...Howey creates a starkly believable and terrifying apocalypse. More and more layers of the dystopian world are unveiled, enticingly paving the way for the sequel Dust..." * Sunday Express *
"We have been mesmerised with Hugh Howey's silo stories since we first laid eyes on book one in the trilogy ... We'd recommend reading Wool first but you'll want to have this one ready as we guarantee you'll be unable to put it down. Perfect sunshine reading, wouldn't you say?" * Grazia Daily *
"The anxiety, the claustrophobia and the lethargy he conjures are heartfelt and convincing." * Observer *
"Spoken about in the same breath as The Hunger Games and The Passage." * Independent on Sunday (praise for the Wool Trilogy) *
"Thrilling, thought-provoking and memorable ... one of dystopian fiction's masterpieces alongside the likes of 1984 and Brave New World." * Daily Express (praise for the Wool Trilogy) *

Hugh Howey spent eight years living on boats and working as a yacht captain for the rich and famous. It wasn't until the love of his life carried him away from these vagabond ways that he began to pursue literary adventures, rather than literal ones. Hugh wrote and self-published the Wool trilogy, which won rave reviews and praise from readers, and whose three books have gone on to become international bestsellers. He lives in Jupiter, Florida, with his wife Amber and their dog Bella.

GOR005006115
Shift: (Wool Trilogy 2) by Hugh Howey
Hugh Howey
Wool Trilogy
Used - Very Good
Paperback
Cornerstone
2013-08-15
592
0099580470
9780099580478
N/A
Book picture is for illustrative purposes only, actual binding, cover or edition may vary.
This is a used book - there is no escaping the fact it has been read by someone else and it will show signs of wear and previous use. Overall we expect it to be in very good condition, but if you are not entirely satisfied please get in touch with us.