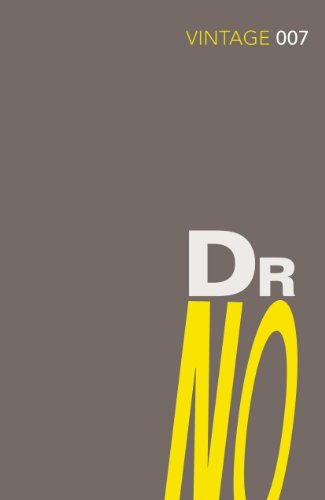 Dr No
by Ian Fleming

Used Price
£3.79
New RRP £9.99
Free Shipping in the UK
`The first shot had been fired. There would be others. And whose finger was on the trigger? Who had got him so accurately in their sights?' Crab Key island is desolate and remote. So why is Dr No defending it so ruthlessly? Only Bond can uncover the truth, in Fleming's sixth 007 adventure.
Reviews:
Trustpilot
Very Good Good Well Read

Dr No by Ian Fleming

'The first shot had been fired. There would be others. And whose finger was on the trigger? Who had got him so accurately in their sights?' Crab Key island is desolate and remote. So why is Dr No defending it so ruthlessly? Only Bond can uncover the truth, in Fleming's sixth 007 adventure.

GOR004362508
Dr No by Ian Fleming
Ian Fleming
James Bond 007
Used - Very Good
Paperback
Vintage Publishing
2012-09-03
352
0099576929
9780099576921
N/A
Book picture is for illustrative purposes only, actual binding, cover or edition may vary.
This is a used book - there is no escaping the fact it has been read by someone else and it will show signs of wear and previous use. Overall we expect it to be in very good condition, but if you are not entirely satisfied please get in touch with us.