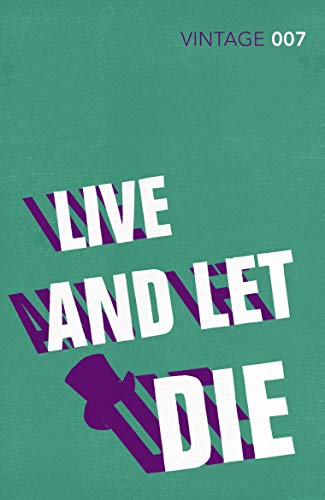 Used Price
£5.19
New RRP £9.99
Free Shipping in the UK
`You start to die the moment you are born' Live and Let Die, Ian Fleming's second 007 novel, takes Bond from Harlem to Jamaica in a frenzied hunt for the brilliant deadly gangster Mr Big and his macabre network of associates.
Reviews:
Trustpilot
Very Good Good Well Read

'You start to die the moment you are born' Live and Let Die, Ian Fleming's second 007 novel, takes Bond from Harlem to Jamaica in a frenzied hunt for the brilliant deadly gangster Mr Big and his macabre network of associates.

"Speed...tremendous zest...communicated excitement. Brrh! How wincingly well Mr Fleming writes" -- Julian Symons * The Sunday Times *
"Containing passages which for sheer excitement have not been surpassed by any modern writer of this kind" * Times Literary Supplement *
"A shark's hold on a helpless read" * Scotsman *
"Don't blame me if you get a stroke" * Observer *
"Pulse-quickening" * Telegraph *

GOR004367441
Live and Let Die by Ian Fleming
Ian Fleming
James Bond 007
Used - Very Good
Paperback
Vintage Publishing
2012-09-03
336
0099576864
9780099576860
N/A
Book picture is for illustrative purposes only, actual binding, cover or edition may vary.
This is a used book - there is no escaping the fact it has been read by someone else and it will show signs of wear and previous use. Overall we expect it to be in very good condition, but if you are not entirely satisfied please get in touch with us.