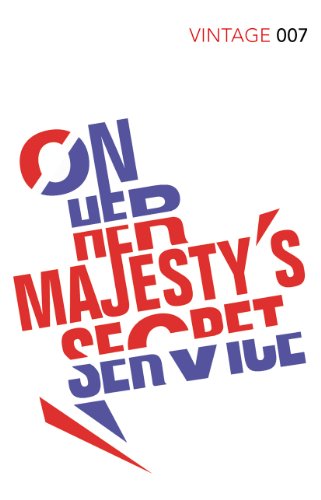 On Her Majesty's Secret Service
by Ian Fleming

Used Price
£6.19
New RRP £9.99
Free Shipping in the UK
Discover classic James Bond - and arch enemy Blofeld - in the eleventh page-turner featuring the loveable rogue.'He was a man with years of dirty, dangerous memories - a spy.'James Bond has had enough. But Blofeld is back - older, leaner and more dangerous than ever - with a deadly secret at the heart of his luxury ski resort.
Reviews:
Trustpilot
Very Good Good Well Read

On Her Majesty's Secret Service Summary

On Her Majesty's Secret Service by Ian Fleming

Discover classic James Bond - and arch enemy Blofeld - in the eleventh page-turner featuring the loveable rogue. 'He was a man with years of dirty, dangerous memories - a spy.' James Bond has had enough. Enough of Service life, of fruitless manhunts, of taking orders. But Blofeld is back - older, leaner and more dangerous than ever - with a deadly secret at the heart of his luxury ski resort. Bond must rediscover his passion for what he does best. WITH A NEW INTRODUCTION BY STELLA RIMINGTON

On Her Majesty's Secret Service Reviews

GOR004431679
On Her Majesty's Secret Service by Ian Fleming
Ian Fleming
James Bond 007
Used - Very Good
Paperback
Vintage Publishing
2012-09-03
368
009957697X
9780099576976
N/A
Book picture is for illustrative purposes only, actual binding, cover or edition may vary.
This is a used book - there is no escaping the fact it has been read by someone else and it will show signs of wear and previous use. Overall we expect it to be in very good condition, but if you are not entirely satisfied please get in touch with us.