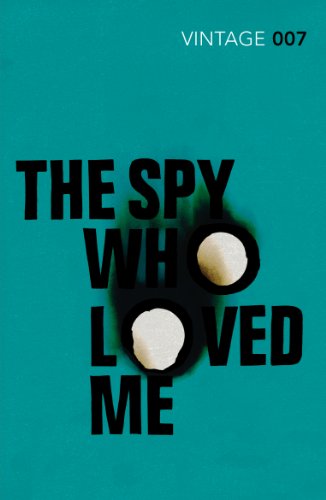 The Spy Who Loved Me
by Ian Fleming

Used Price
£5.79
New RRP £9.99
Free Shipping in the UK
WITH A NEW INTRODUCTION BY DOUGLAS KENNEDY`You take a wrong step, play the wrong card in Fate's game, and you're lost in a world you had never imagined, against which you have no weapons. Ian Fleming's tenth 007 novel is a unique view of Bond, through the eyes of a woman who loves him.
Reviews:
Trustpilot
Very Good Good Well Read

The Spy Who Loved Me Summary

The Spy Who Loved Me by Ian Fleming

WITH A NEW INTRODUCTION BY DOUGLAS KENNEDY `You take a wrong step, play the wrong card in Fate's game, and you're lost in a world you had never imagined, against which you have no weapons. No compass.' Vivienne Michel is running away - from pain, from rejection, from humiliation. When she stumbles into a criminal plot, her life seems over... until a chance encounter with James Bond turns her world upside down. Ian Fleming's tenth 007 novel is a unique view of Bond, through the eyes of a woman who loves him.

Customer Reviews - The Spy Who Loved Me

The Spy Who Loved Me Reviews

"Ian Fleming keeps you riveted. His narrative pulls with the smooth power of Bond's Thunderbird" * Sunday Telegraph *
"Vivian Michel is far the most attractive of Bond's heroines to date" * Sunday Times *
"Imaginative and revealing... frightening... Fleming has succeeded in creating a true sense of terror... the most escapist fantasy of the series" -- Raymond Benson

GOR004463801
The Spy Who Loved Me by Ian Fleming
Ian Fleming
James Bond 007
Used - Very Good
Paperback
Vintage Publishing
2012-09-03
240
0099576961
9780099576969
N/A
Book picture is for illustrative purposes only, actual binding, cover or edition may vary.
This is a used book - there is no escaping the fact it has been read by someone else and it will show signs of wear and previous use. Overall we expect it to be in very good condition, but if you are not entirely satisfied please get in touch with us.