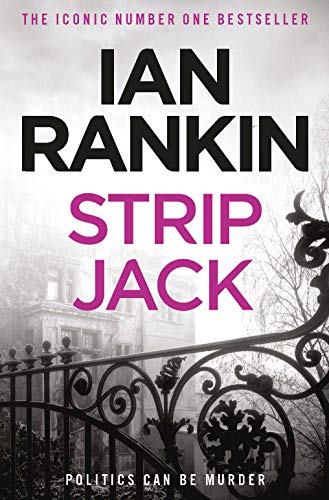 In Stock
£5.49
The fourth Inspector Rebus novel from the No.1 bestselling author - 'unmatched in the field of British crime fiction' THE TIMES.
Good
5 in stock

The fourth Inspector Rebus novel from the No.1 bestselling author - 'unmatched in the field of British crime fiction' THE TIMES.

Gregor Jack, MP, well-liked, young, married to the fiery Elizabeth - to the outside world a very public success story. But Jack's carefully nurtured career plans take a tumble after a 'mistake' during a police raid on a notorious Edinburgh brothel. Then Elizabeth disappears, a couple of bodies float into view where they shouldn't, and a lunatic speaks from his asylum...

Initially Rebus is sympathetic to the MP's dilemma - who hasn't occasionally succumbed to temptation? - but with the disappearance of Jack's wife the glamour surrounding the popular young man begins to tarnish. Someone wants to strip Jack naked and Rebus wants to know why...

GOR001674213
Strip Jack by Ian Rankin
Ian Rankin
A Rebus Novel
Used - Good
Paperback
Orion Publishing Co
2008-08-07
320
0752883569
9780752883564
N/A
Book picture is for illustrative purposes only, actual binding, cover or edition may vary.
This is a used book - there is no escaping the fact it has been read by someone else and it will show signs of wear and previous use. Overall we expect it to be in very good condition, but if you are not entirely satisfied please get in touch with us.