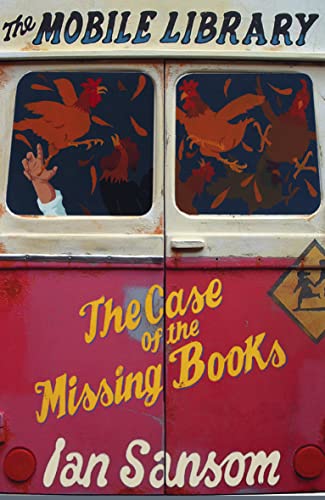 The Case of the Missing Books
by Ian Sansom

Introducing Israel Armstrong, one of literature's most unlikely detectives in the first of a series of novels from the author of the critically acclaimed Ring Road.

The Case of the Missing Books Summary

Introducing Israel Armstrong, one of literature's most unlikely detectives in the first of a series of novels from the author of the critically acclaimed Ring Road.

Israel is an intelligent, shy, passionate, sensitive sort of soul: he's Jewish; he's a vegetarian; he could maybe do with losing a little weight. And he's just arrived in Ireland to take up his first post as a librarian. But the library's been shut down and Israel ends up stranded on the North Antrim coast driving an old mobile library.

There's nice scenery, but 15,000 fewer books than there should be. Who on earth steals that many books? How? When would they have time to read them all? And is there anywhere in this godforsaken place where he can get a proper cappuccino and a decent newspaper?

The Case of the Missing Books Reviews

REVIEWS FOR RING ROAD:
`A Tristram Shandy for our times... The tone is part elegy, part satire, part howl and very, very funny. I laughed more times than I can remember over a novel for years ... Ring Road is well-observed and endlessly inventive, with all the messiness of a real place. Sansom's deadpan voice throws up jokes on every page.'
Observer

`Calls to mind two other outstanding novels: Tristram Shandy...and Joseph Heller's Catch-22... One of those rare books that, once picked up, proves very difficult to put down.'
The Irish Independent

`It reminds me most of Jerome K. Jerome... Mellow, intelligent and very funny, a perfect antidote for melancholy.'
Michael Moorcock, Guardian

`There is something fearless in the gaze Sansom turns on banality, and this novel is, in the end, a surprisingly gripping feat of coming to terms with what ordinary life is like.' TLS

Ian Sansom reviews regularly for the Guardian and the London Review of Books. His first book, The Truth About Babies, was published by Granta in 2002, and his second, Ring Road, by Fourth Estate in 2004.

GOR000670278
The Case of the Missing Books (The Mobile Library) by Ian Sansom
Ian Sansom
The Mobile Library
Used - Very Good
Paperback
HarperCollins Publishers
2006-02-06
336
0007206992
9780007206995
N/A
Book picture is for illustrative purposes only, actual binding, cover or edition may vary.
This is a used book - there is no escaping the fact it has been read by someone else and it will show signs of wear and previous use. Overall we expect it to be in very good condition, but if you are not entirely satisfied please get in touch with us.