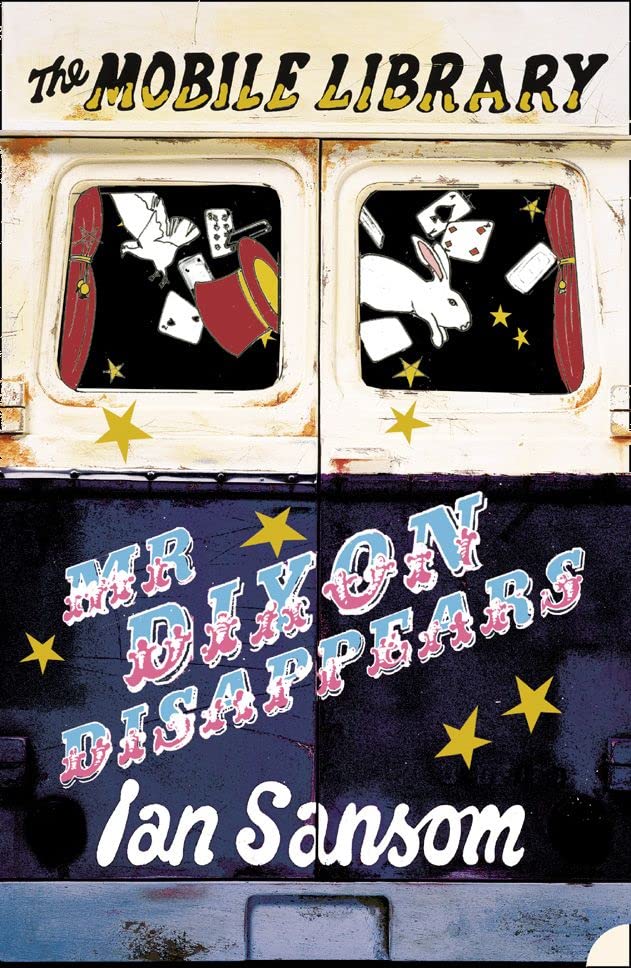 Israel Armstrong, one of literature's most unlikely detectives, returns for more crime solving adventure in this hilarious second novel from `The Mobile Library' series.

Israel Armstrong, one of literature's most unlikely detectives, returns for more crime solving adventure in this hilarious second novel from `The Mobile Library' series.

The second in the `The Mobile Library ` detective series, `Mr Dixon Disappears' once again features the magnificently hapless Israel Armstrong - the young, Jewish, duffle-coat wearing librarian who solves crimes, mysteries, and domestic problems all whilst driving a mobile library around the coast of Northern Ireland.

Dixon and Pickering's, County Antrim's legendary department store, is preparing to celebrate its centenary. But the elderly Mr Dixon - a member of the Ulster Association of Magicians - has gone missing, along with one hundred thousand pounds in cash. It smells, pretty badly, of a kidnap.

Israel becomes a suspect in the police investigation and is suspended from his job by his boss, the ever-fearsome Linda Wei. He's having to fight to clear his name.

Does Israel's acclaimed five-panel touring exhibition showing the history of Dixon and Pickering's in old photographs and artefacts perhaps hold the key to Mr Dixon's mysterious disappearance? Will romance blossom between Israel and Rosie Hart, the barmaid at the First and Last? Will Linda Wei stick to her diet? And has nobody here heard of Franz Kafka? All will be revealed in this hilarious and endlessly inventive sequel to `The Case of the Missing Books'.

'Israel is one of the most original and amusing amateur sleuths around...' The Times

'Bibliophiles will instinctively warm to Israel Armstrong, Jewish librarian, duffel-coat wearer and part-time detective. The fact that he drives his mobile library around the coast of Northern Ireland, moaning non-stop about people who do not return books on time, only makes the character more deliciously esoteric. This yarn about an ageing magician who has gone missing with GBP100,000 is the second in what promises to be a must-read series.' Sunday Telegraph

Ian Sansom reviews regularly for the Guardian and the London Review of Books. His first book, The Truth About Babies, was published by Granta in 2002, and his second, Ring Road, by Fourth Estate in 2004.

GOR001213192
Mr Dixon Disappears (The Mobile Library) by Ian Sansom
Ian Sansom
The Mobile Library
Used - Very Good
Paperback
HarperCollins Publishers
2006-11-22
240
000720700X
9780007207008
N/A
Book picture is for illustrative purposes only, actual binding, cover or edition may vary.
This is a used book - there is no escaping the fact it has been read by someone else and it will show signs of wear and previous use. Overall we expect it to be in very good condition, but if you are not entirely satisfied please get in touch with us.