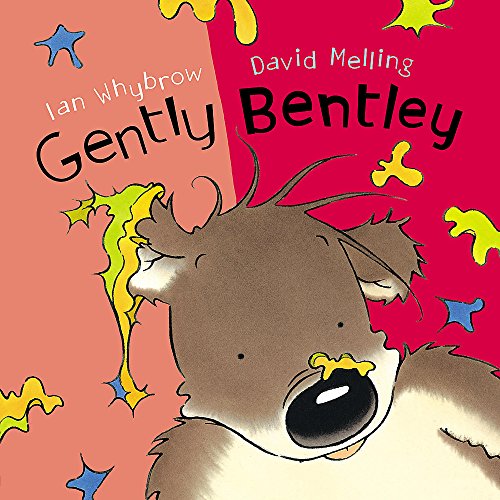 In Stock
£3.99
Bentley can't play with anything without breaking it! Will he learn how to play more gently? One for parents and children everywhere.
Very Good Good
Only 2 left

Gently Bentley! Bentley was fond of his squashy caterpillar. But one day Bentley, who was a little rough, bit it and the caterpillar went bang!! Sticky and Bun, Bentley's friends, try to help him find something else to play with. Cars are fun but easy to break, tennis is hard to get the hang of, skipping is too tangly and bricks are easy to knock over. Will Bentley ever find that something else to play with!

A lively fun book about playing and sharing * Carousel *
Gently Bentley is a gem. * my BOOKS mag *
Whybrow's text is snappy and effective, and Melling's Bentley Bear is distinctive and cuddly. It'll be a favourite forever. * Ink *
Perfect for a two year old who likes to crash and bang. * Gloucestershire Echo *

Ian Whybrow has lived in Kent, various places in London and as far afield as Hong Kong and New York. The most important thing to him in his writing is that it reads aloud brilliantly and that there is something in it for everyone. David Melling has been shortlisted for the Kate Greenaway Medal, the Smarties Book Award and the Independent Booksellers Award. His Hugless Douglas books have sold over 1.4 million copies worldwide, and the loveable brown bear has starred in a World Book Day book as well as his own theatre show. Before becoming an internationally acclaimed author-illustrator, David worked as an animation artist for films including the much-loved Father Christmas by Raymond Briggs. One of his most popular picture books The Tale of Jack Frost was animated and shown on BBC1 on Christmas Day.

GOR000898208
Gently Bentley by Ian Whybrow
Ian Whybrow
Used - Very Good
Paperback
Hachette Children's Group
2005-01-13
32
0340875623
9780340875629
N/A
Book picture is for illustrative purposes only, actual binding, cover or edition may vary.
This is a used book - there is no escaping the fact it has been read by someone else and it will show signs of wear and previous use. Overall we expect it to be in very good condition, but if you are not entirely satisfied please get in touch with us.