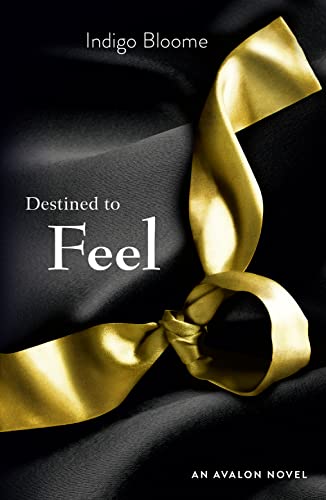 Destined to Feel
by Indigo Bloome

Destined to Feel by Indigo Bloome

First he opened her mind. Now she must really feel...

Her world is plunged into uncertainty when she is abducted in London and Alexandra finds herself caught up in a dangerous game being played out in the shadows. Her captors want to use her to explore the darkest enigma of female sexuality and Alexandra is powerless to escape - but does she even want to? How far will Alexandra be willing to go to satisfy her curiosity and her desires? Is this a game too far, or is there still everything to play for...

Destined to Feel is the second book in the Avalon trilogy exploring the intricate relationships between trust and betrayal, desire and love, risk ... and reward. If you liked 50 Shades of Grey, you will love Destined to Play.

Praise for Destined to Play:

"This goes beyond Fifty Shades - way beyond - and the exhilarating cliff-hanger ending bodes well for the sequel, Destined to Feel." Laura Vickers, forbookssake.net

Indigo Bloome is married with two children. She has lived and worked in Sydney and the United Kingdom, with a successful career in the finance industry. Indigo recently traded city life with a move to regional Australia, which provided her with an opportunity to explore her previously undiscovered creative side. Her love of reading, deciphering dreams, stimulating conversation and the intrigue of the human mind led her to writing her first novel, DESTINED TO PLAY.

GOR004334026
Destined to Feel by Indigo Bloome
Indigo Bloome
Used - Very Good
Paperback
HarperCollins Publishers
2012-11-08
336
000750375X
9780007503759
N/A
Book picture is for illustrative purposes only, actual binding, cover or edition may vary.
This is a used book - there is no escaping the fact it has been read by someone else and it will show signs of wear and previous use. Overall we expect it to be in very good condition, but if you are not entirely satisfied please get in touch with us.