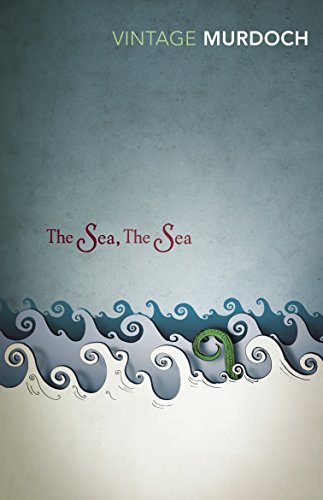 The Sea, The Sea
by Iris Murdoch

In Stock
£2.99
Iris Murdoch's extraordinary exploration of human nature shines with intricate detail. His equilibrium is further disturbed when his friends all decide to come and keep him company and Charles finds his seaside idyll severely threatened by his obsessions.
Very Good Good Well Read
66 in stock

The Sea, The Sea Summary

Iris Murdoch's extraordinary exploration of human nature shines with intricate detail. WITH AN INTRODUCTION BY JOHN BURNSIDE When Charles Arrowby retires from his glittering career in the London theatre, he buys a remote house on the rocks by the sea. He hopes to escape from his tumultuous love affairs but unexpectedly bumps into his childhood sweetheart and sets his heart on destroying her marriage. His equilibrium is further disturbed when his friends all decide to come and keep him company and Charles finds his seaside idyll severely threatened by his obsessions.

The Sea, The Sea Reviews

"Dazzlingly entertaining and inventive" * The Times *
"One of the most ambitious tours de force in many years... There are pages one races through to see what happens. She is a virtuoso at description" * Daily Mail *
"She was a brilliantly clever woman" -- Dame Judi Dench
"There is no doubt in my mind that Iris Murdoch is one of the most important novelists now writing in English...The power of her imaginative vision, her intelligence and her awareness and revelation of human truth are quite remarkable" * The Times *
"A fabulous novel...funny and poignant and is arguably Murdoch's finest hour" -- Gary Kemp * Daily Express *

Iris Murdoch was born in Dublin in 1919. She read Classics at Somerville College, Oxford, and after working in the Treasury and abroad, was awarded a research studentship in Philosophy at Newnham College, Cambridge. In 1948 she returned to Oxford as fellow and tutor at St Anne's College and later taught at the Royal College of Art. Until her death in 1999, she lived in Oxford with her husband, the academic and critic, John Bayley. She was made a Dame of the British Empire in 1987 and in the 1997 PEN Awards received the Gold Pen for Distinguished Service to Literature. Iris Murdoch made her writing debut in 1954 with Under the Net. Her twenty-six novels include the Booker prize-winning The Sea, The Sea (1978), the James Tait Black Memorial prize-winning The Black Prince (1973) and the Whitbread prize-winning The Sacred and Profane Love Machine (1974). Her philosophy includes Sartre: Romantic Rationalist (1953) and Metaphysics as a Guide to Morals (1992); other philosophical writings, including 'The Sovereignty of Good' (1970), are collected in Existentialists and Mystics (1997).

GOR001122028
The Sea, The Sea: Vintage Classics Murdoch Series by Iris Murdoch
Iris Murdoch
Vintage Classics Murdoch Series
Used - Very Good
Paperback
Vintage Publishing
1999-07-01
560
009928409X
9780099284093
Winner of Man Booker Prize for Fiction 1978 (UK)
Book picture is for illustrative purposes only, actual binding, cover or edition may vary.
This is a used book - there is no escaping the fact it has been read by someone else and it will show signs of wear and previous use. Overall we expect it to be in very good condition, but if you are not entirely satisfied please get in touch with us.