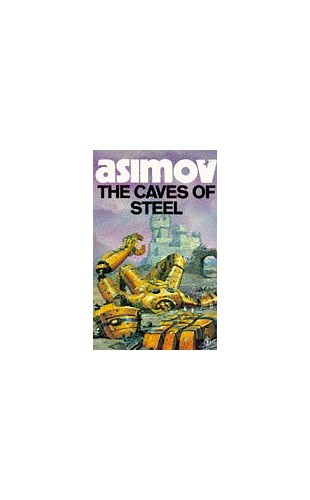 The Caves of Steel
by Isaac Asimov

The first of Asimov's robot novels, chronicling the unlikely partnership between a New York City detective and a humanoid robot who must learn to work together.

The Caves of Steel Summary

The Caves of Steel by Isaac Asimov

The first of Asimov's robot novels, chronicling the unlikely partnership between a New York City detective and a humanoid robot who must learn to work together.

Detective Elijah Baley invesitgates the murder of an offworlder in Spacetown. In the opinion of the Spacers, the murder is tied up with recent attempts to sabotage the Spacer-sponsored project of converting Earth to an integrated human/robot society on the model of the Outer Worlds.

To search for the killer in the City's vast caves of steel, Elijah is assigned a Spacer partner named R. Daneel. That's Robot Daneel. And notwithstanding the celebrated Three Laws of Robotics, which should make such a murder impossible, R. Daneel is soon Elijah's prime suspect.

The Caves of Steel Reviews

`One of the classic presentations of the womb-city, metropolis as mother, which has haunted imaginations ever since... The Caves of Steel and The Naked Sun are the best books Isaac Asimov ever wrote'
The Guardian

GOR001191096
The Caves of Steel by Isaac Asimov
Isaac Asimov
Used - Very Good
Paperback
HarperCollins Publishers
1985-06-19
208
0586008357
9780586008355
N/A
Book picture is for illustrative purposes only, actual binding, cover or edition may vary.
This is a used book - there is no escaping the fact it has been read by someone else and it will show signs of wear and previous use. Overall we expect it to be in very good condition, but if you are not entirely satisfied please get in touch with us.