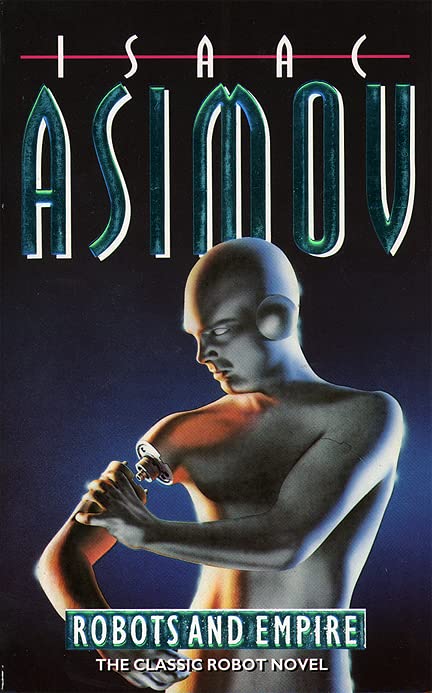 Robots and Empire
by Isaac Asimov

Isaac Asmiov's classic novel about the decline and fall of Solaria.

Robots and Empire by Isaac Asimov

Isaac Asmiov's classic novel about the decline and fall of Solaria.

Gladia Delmarre's homeworld, the Spacer planet Solaria, has been abandoned - by its human population. Countless robots remain there. And when traders from Settler worlds attempt to salvage them, the robots of Solaria turn to killing...in defiance of the Three Laws of Robotics.

Long ago, Gladia's robots Daneel and Giskard played a vital role in opening the worlds beyond the Solar system to Settlers from Earth. Now the conscience-stricken robots are faced with an even greater challenge. Either the sacred Three Laws of Robotics are in ruins - or a new, superior Law must be established to bring peace to the galaxy. With Madam Gladia and D.G. Baley - the captain of the Settler traders and a descendant of the robots' friend Elijah Baley - Daneel and Giskard travel to the robot stronghold of Solaria...where they uncover a sinister Spacer plot to destroy Earth itself.

GOR001047923
Robots and Empire by Isaac Asimov
Isaac Asimov
Used - Well Read
Paperback
HarperCollins Publishers
1986-08-28
512
0586062009
9780586062005
N/A
Book picture is for illustrative purposes only, actual binding, cover or edition may vary.
This is a used book - there is no escaping the fact it has been read by someone else and it will show signs of wear and previous use. Overall we expect it to be in very good condition, but if you are not entirely satisfied please get in touch with us.