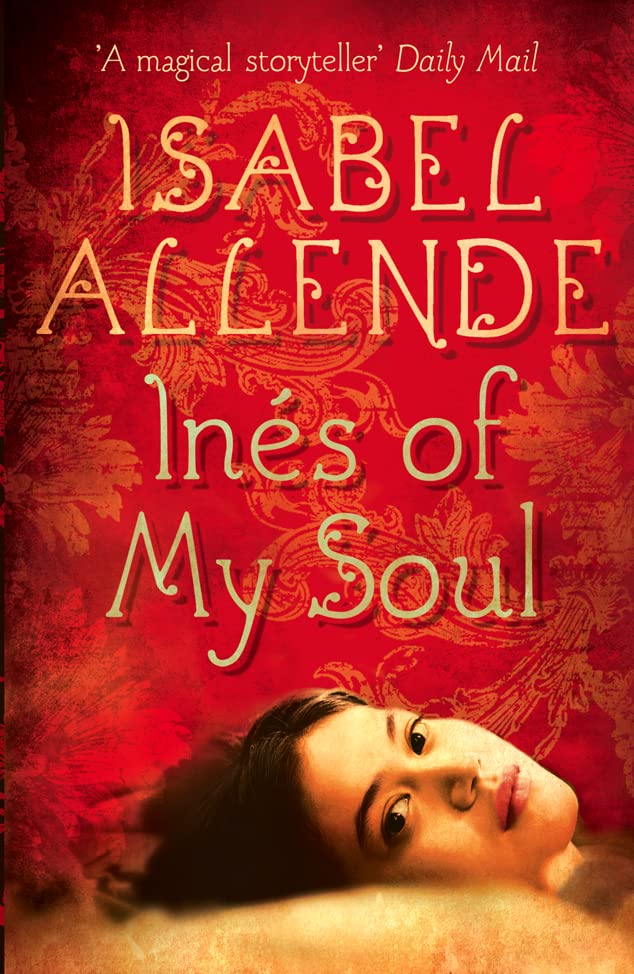 Ines of My Soul
by Isabel Allende

The vibrant new novel from Isabel Allende takes her back to her homeland of Chile, and tells the story of the first Spanish woman to arrive on its shores with the Conquistadors in the 1500s.

Ines of My Soul Summary

Ines of My Soul by Isabel Allende

The vibrant new novel from Isabel Allende takes her back to her homeland of Chile, and tells the story of the first Spanish woman to arrive on its shores with the Conquistadors in the 1500s.

A real historical figure, Ines Suarez came to Chile with the Conquistadors in 1540, helping to claim the territory for Spain and to found the first Spanish settlement in Santiago. In this remarkable novel, Isabel Allende - one of the world's most spellbinding storytellers - re-imagines Ines's life and that of the two men who become her lover and husband respectively.

`Ines of My Soul' evokes the conflict and drama of the Conquistadors' arrival in Chile, as well as helping restore the reputation of Ines, a powerful woman long neglected by history and a patriarchal society. It also finds Allende returning to territory beloved of her and her readers - imaginative historical fiction, evocatively told - and to the familiar landscape of her native country.

The novel gives Ines the recognition and glory that are rightfully hers; but more than that it is an epic tale of love and conquest, lyrically written and enchantingly told by a writer at the peak of her powers.

Ines of My Soul Reviews

`In "The House of Spirits", Allende constructed an allusional tale for the fate of modern Chile. Now she has repeated the trick for the foundation of the country. The result is perhaps her best book since that debut.' Independent

'Allende's version of events sees Ines Suarez as the puppeteer pulling the strings of the influential men she's involved with. She is quick-witted, militarily astute and has a deep understanding of "the enemy". Allende does not attempt to rewrite the past. Instead, she provides a colourful glimpse into the life of a daring Spanish woman whose vital role has been forgotten by history.' Daily Express

'Fresh and provocative looks at this fascinating period of history.' New Statesman

'Writing about her homeland and its history, she brings to her work a passion and commitment worthy of her vividly drawn characters.' Glasgow Herald

GOR000988528
Ines of My Soul by Isabel Allende
Isabel Allende
Used - Very Good
Paperback
HarperCollins Publishers
2007-10-01
356
0007241186
9780007241187
N/A
Book picture is for illustrative purposes only, actual binding, cover or edition may vary.
This is a used book - there is no escaping the fact it has been read by someone else and it will show signs of wear and previous use. Overall we expect it to be in very good condition, but if you are not entirely satisfied please get in touch with us.