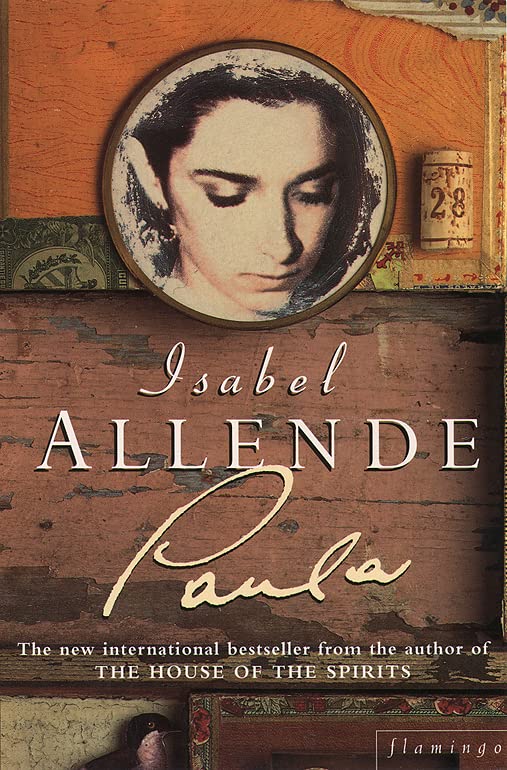 In December 1991, Allende's daughter Paula, aged 28 fell gravely ill and sank into a coma. This book started as a letter to Paula written during the hours spent at her bedside, and became a personal memoir and a testament to the ties that bind families - a brave, enlightening, inspiring true story.

In December 1991, Allende's daughter Paula, aged 28 fell gravely ill and sank into a coma. This book started as a letter to Paula written during the hours spent at her bedside, and became a personal memoir and a testament to the ties that bind families - a brave, enlightening, inspiring true story.

This book was written during the interminable hours the novelist Isabel Allende spent in the corridors of a Madrid hospital, in her hotel room and beside her daughter Paula's bed during the summer and autumn of 1992. Faced with the loss of her child, Isabel Allende turned to storytelling, to sustain her own spirit and to convey to her daughter the will to wake up, to survive. The story she tells is that of her own life, her family history and the tragedy of her nation, Chile, in the years leading up to Pinochet's brutal military coup.

'This is a tender, moving and vivid record of a mother's agony at the bedside of her daughter. Paula begins as a long letter as a way of giving her back the life that is ebbing away...the result is a mesmerizing story. In flawlessly rich prose Allende shares with us her most intimate feelings...an emotionally charged, spellbinding memoir.' Washington Post

'Allende brings the natural storytelling power so evident in her novels to this courageous testament. She shares her personal tragedy with a warmth and passion that make Paula exceptional.' Sunday Express

GOR001212662
Paula by Isabel Allende
Isabel Allende
Used - Very Good
Paperback
HarperCollins Publishers
1995-05-01
384
0006548563
9780006548560
N/A
Book picture is for illustrative purposes only, actual binding, cover or edition may vary.
This is a used book - there is no escaping the fact it has been read by someone else and it will show signs of wear and previous use. Overall we expect it to be in very good condition, but if you are not entirely satisfied please get in touch with us.