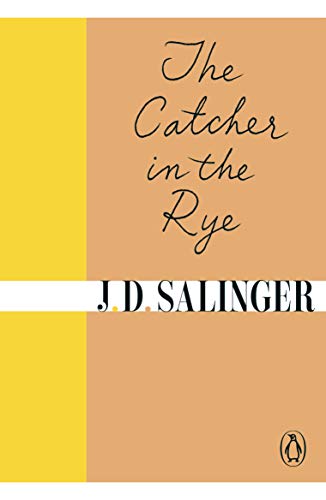 In Stock
£4.99
Holden Caulfield is a dropout who has just been kicked out of his fourth school. Navigating his way through challenges of growing up, Holden dissects the 'phony' aspects of society, and the 'phonies' themselves: the headmaster whose affability depends on the wealth of the parents, his roommate who scores with girls using sickly-sweet affection.
Very Good Good Well Read
175 in stock

'If you really want to hear about it, the first thing you'll probably want to know is where I was born and what my lousy childhood was like, and how my parents were occupied and all before they had me, and all that David Copperfield kind of crap, but I don't feel like going into it, if you want to know the truth.'

The first of J. D. Salinger's four books to be published, The Catcher in the Rye is one of the most widely read and beloved of all contemporary American novels.

'The handbook of the adolescent heart' The New Yorker

I liked it very much indeed, more than anything for a long time. -- Samuel Beckett

GOR001714600
The Catcher in the Rye by J. D. Salinger
J. D. Salinger
Used - Very Good
Paperback
Penguin Books Ltd
2010-03-04
240
0241950430
9780241950432
N/A
Book picture is for illustrative purposes only, actual binding, cover or edition may vary.
This is a used book - there is no escaping the fact it has been read by someone else and it will show signs of wear and previous use. Overall we expect it to be in very good condition, but if you are not entirely satisfied please get in touch with us.