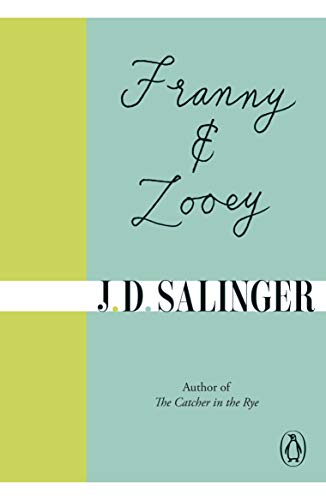 Out of Stock
£8.99
Franny Glass is a pretty, effervescent college student on a date with her intellectually confident boyfriend, Lane. They appear to be the perfect couple, but as they struggle to communicate with each other about the things they really care about, slowly their true feelings come to the surface.
Very Good
Only 0 left

'Everything everybody does is so - I don't know - not wrong, or even mean, or even stupid necessarily. But just so tiny and meaningless and - sad-making. And the worst part is, if you go bohemian or something crazy like that, you're conforming just as much only in a different way.'

GOR002798731
Franny and Zooey by J. D. Salinger
J. D. Salinger
Used - Very Good
Paperback
Penguin Books Ltd
2010-03-04
160
0241950449
9780241950449
N/A
Book picture is for illustrative purposes only, actual binding, cover or edition may vary.
This is a used book - there is no escaping the fact it has been read by someone else and it will show signs of wear and previous use. Overall we expect it to be in very good condition, but if you are not entirely satisfied please get in touch with us.