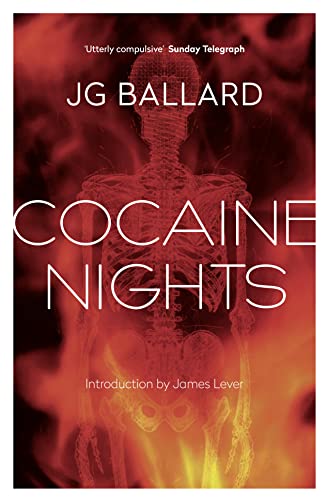 Five people die in an unexplained house fire in the Spanish resort of Estrella de Mar, an exclusive enclave for the rich, retired British, centred on the thriving Club Nautico. The club manager, Frank Prentice, pleads guilty to charges of murder - yet not even the police believe him. When his Charles arrives to unravel the truth, he gradually discovers that behind the resort's civilized facade flourishes a secret world of crime, drugs and illicit sex.

At once an engrossing mystery and a novel of ideas, `Cocaine Nights' is a stunningly original work, a vision of a society coming to terms with a life of almost unlimited leisure.

This edition is part of a new commemorative series of Ballard's works, featuring introductions from a number of his admirers (including Neil Gaiman, Zadie Smith, John Lanchester and Martin Amis) and brand-new cover designs.

`Guaranteed to keep you reading into the early hours' Sunday Times

GOR001190444
Cocaine Nights by J. G. Ballard
J. G. Ballard
Used - Very Good
Paperback
HarperCollins Publishers
1997-09-01
352
0006550649
9780006550648
N/A
Book picture is for illustrative purposes only, actual binding, cover or edition may vary.
This is a used book - there is no escaping the fact it has been read by someone else and it will show signs of wear and previous use. Overall we expect it to be in very good condition, but if you are not entirely satisfied please get in touch with us.