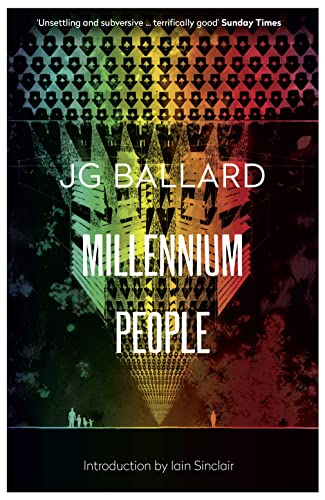 As he searches for the truth behind the Heathrow bomb that killed his ex-wife, psychologist David Markham infiltrates a shadowy protest group based in the comfortable Chelsea Marina. Led by a charismatic doctor, it aims to rouse the docile middle classes and to free them from the burdens of civic responsibility. Soon Markham is swept up in a campaign that spirals out of control - as the cornerstones of middle England become targets and growing panic grips the capital.

This edition is part of a new commemorative series of Ballard's works, featuring introductions from a number of his admirers (including Martin Amis, Ali Smith, Hari Kunzru and China Mieville) and brand-new cover designs.

'Terrifying and strangely haunting ... A riveting work from a writer of rare imaginative largesse, a bearer of bad tidings, unforgettably told' Daily Telegraph

`Ballard's instinct for the future is unnerving ... Very few writers possess this kind of intelligence: to use it with such wit is almost criminal' Independent on Sunday

GOR001185810
Millennium People by J. G. Ballard
J. G. Ballard
Used - Very Good
Paperback
HarperCollins Publishers
2004-06-07
320
0006551610
9780006551614
N/A
Book picture is for illustrative purposes only, actual binding, cover or edition may vary.
This is a used book - there is no escaping the fact it has been read by someone else and it will show signs of wear and previous use. Overall we expect it to be in very good condition, but if you are not entirely satisfied please get in touch with us.