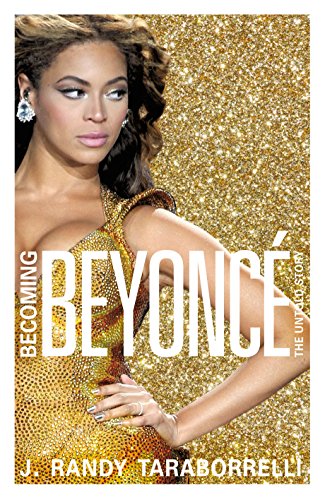 In Stock
£2.99
The first authoritative biography of the most famous woman in the world today.
Very Good Good Well Read
5 in stock

She's adored by her millions of fans, writes and performs songs that move and inspire, but Beyonce is truly known by very few. Now highly acclaimed biographer J. Randy Taraborrelli reveals the woman behind the star. In Becoming Beyonce: The Untold Story he takes us from a childhood spent performing in talent shows to finding worldwide success with her group, Destiny's Child, managed by her father Matthew. Beyonce's first solo album, Dangerously in Love, went straight to number one and she has to date released a total of five albums which have sold 75 million copies.

Beyonce prefers to keep her personal life with husband Jay Z and daughter Blue Ivy carefully under lock and key. She may be a top performer, fashion idol and business mogul in her own right, but fame has come at personal sacrifice and with private heartbreak. Based on exhaustive research, including exclusive interviews with those who have played pivotal roles in her life and career, the book reveals the hard-earned lessons 'Queen Bey' has learned about love, life, loyalty and family.

Insightful and entertaining, this is the first authoritative biography of the most famous woman in the world today and a must-have for the 'Bey Hive'.

J. Randy Taraborrelli is the bestselling author of Michael Jackson: The Magic and the Madness, Madonna: An Intimate Biography, The Secret Life of Marilyn Monroe, Elizabeth, Once Upon a Time: The Story of Princess Grace, Prince Rainier and Their Family and Call Her Miss Ross.

GOR008589225
Becoming Beyonce: The Untold Story by J. Randy Taraborrelli
J. Randy Taraborrelli
Used - Very Good
Paperback
Pan Macmillan
2015-10-27
512
0283072261
9780283072260
N/A
Book picture is for illustrative purposes only, actual binding, cover or edition may vary.
This is a used book - there is no escaping the fact it has been read by someone else and it will show signs of wear and previous use. Overall we expect it to be in very good condition, but if you are not entirely satisfied please get in touch with us.