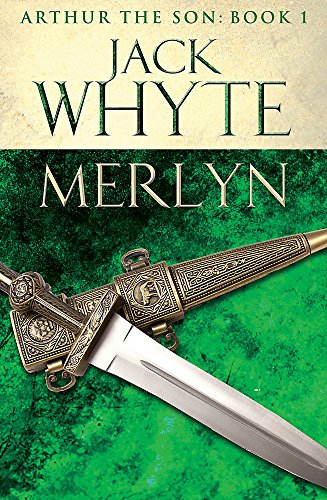 Merlyn: Legends of Camelot 6 (Arthur the Son - Book I) by Jack Whyte

It is 409 AD in Britain and the Roman legions are gone. Britain is abandoned and the fledgling colony of Camelot needs a new leader. Two young men, related by blood, step forward prepared to share that responsibility: Caius Merlyn Britannicus, the grandson of Camelot's founder, and his first cousin, the Celtic prince Uther Pendragon.

But an act of cold barbarism shatters the trust and comradeship these two have shared since childhood and causes Merlyn to doubt his cousin's morality.

As war arrives from the south-west and Uther's motives are revealed, Merlyn finds salvation where he had least expected it, and a legend is born in this prequel to Jack Whyte's groundbreaking Excalibur.

Discover the most authentic telling of the Arthurian legend ever written

Jack Whyte was born and raised in Scotland, and educated in England and France. He is the author of the 'Knights of the Black and White' trilogy.
GOR005678616
9780751550832
0751550833
Merlyn: Legends of Camelot 6 (Arthur the Son - Book I) by Jack Whyte
Jack Whyte
Used - Very Good
Paperback
Little, Brown Book Group
2014-01-09
496
N/A
Book picture is for illustrative purposes only, actual binding, cover or edition may vary.
This is a used book - there is no escaping the fact it has been read by someone else and it will show signs of wear and previous use. Overall we expect it to be in very good condition, but if you are not entirely satisfied please get in touch with us
Trustpilot