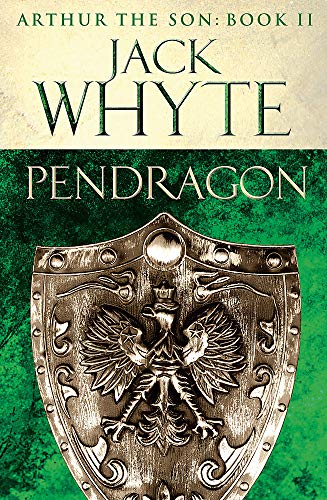 The son of a Celtic King and a Romano-British aristocrat, Uther Pendragon learns early to respect honour, nobility and integrity, but he also learns to love to fight, and to kill when necessary. His closest boyhood friend is his cousin Merlyn Britannicus, and together they will set Britain on a new path.

But Camelot attracts the envy and dislike of others, among them Gulrhys Lot, King of Cornwall, and Lot's hunger for power and conquest will come to define Uther's life as his friendship with his cousin Merlyn disintegrates.

While war ravages the land, Uther seems invincible, but he is powerless against the love that will undo him; a love that will seal his place in legend as he becomes father to Arthur, High King of Britain.

Discover the most authentic telling of the Arthurian legend ever written

Jack Whyte was born and raised in Scotland, and educated in England and France. He is the author of the 'Knights of the Black and White' trilogy.
GOR005814088
9780751550849
0751550841
Pendragon: Legends of Camelot 7 (Arthur the Son - Book II) by Jack Whyte
Jack Whyte
Used - Very Good
Paperback
Little, Brown Book Group
2014-01-09
720
N/A
Book picture is for illustrative purposes only, actual binding, cover or edition may vary.
This is a used book - there is no escaping the fact it has been read by someone else and it will show signs of wear and previous use. Overall we expect it to be in very good condition, but if you are not entirely satisfied please get in touch with us
Trustpilot