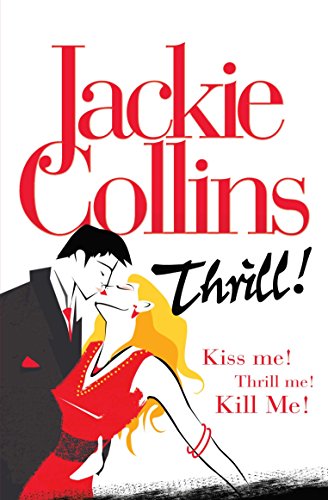 Lara Ivory is a dazzling movie star with the world at her feet. But at thirty-two she has yet to find a man capable of coexisting with such a tempting object of desire.

Lara's ex-husband, Richard Barry, is a successful film director now married to Nikki, who is producing her first movie, Revenge. Nikki likes to keep Richard close. But Richard is not the kind of man who takes orders -- even from a beautiful woman. On the surface, these three are great friends, but when Nikki persuades Lara to star in Revenge, a bitter struggle for control of Lara's life begins.

Then Lara meets Joey Lorenzo, a handsome young actor with a mysterious past. And before she can stop herself, she is swept up in an affair so sensual, nobody can warn her of the dangers.

And still, no one has noticed Alison Sewell. A pyschotic stalker -- hiding behind her camera lens, focused solely on Lara...

Jackie Collins brings the wild and sexy world of superstardom alive. Her phenomenally successful novels have made her as famous as the movers and shakers, power-brokers and superstars she writes about with an insider's knowledge. With 200 million copies of her books sold in more than forty countries, Jackie Collins is one of the world's top-selling writers. In a series of sensational bestsellers she has blown the lid off Hollywod life and loves. 'It's all true,' she says. 'I write about real people in disguise. If anything, my characters are toned down - the real thing is much more bizarre.' There have been many imitators, but only Jackie Collins can tell you what really goes on in the fastest lane of all. From Beverley Hills bedrooms to a raunchy prowl along the streets of Hollywood. From glittering rock parties and concerts to stretch limos and the mansions of the power-brokers - Jackie Collins chronicles the real truth.

GOR001395863
Thrill! by Jackie Collins
Jackie Collins
Used - Very Good
Paperback
Pan Macmillan
2009-05-01
480
0330478265
9780330478267
N/A
Book picture is for illustrative purposes only, actual binding, cover or edition may vary.
This is a used book - there is no escaping the fact it has been read by someone else and it will show signs of wear and previous use. Overall we expect it to be in very good condition, but if you are not entirely satisfied please get in touch with us.