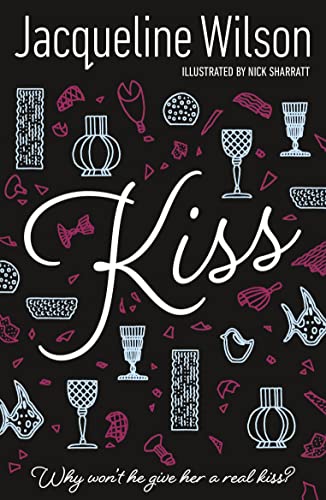 In Stock
£3.99
Sylvie and Carl have been friends since they were tiny children. Sylvie would still rather spend all her time with Carl - but Carl has a new friend, Paul, who is taking all his attention. Now, Carl seems much less happy to be called Sylvie's boyfriend - and in a game of spin the bottle, he avoids having to kiss her.
Like New Very Good Good
9 in stock

Sylvie and Carl have been friends since they were tiny children. They've always played together, called each other boyfriend and girlfriend and, deep down, Sylvie has always believed that they'd end up married to each other. They even have a a magical fantasy world that belongs to them alone. But as they become older, things are starting to change. Sylvie would still rather spend all her time with Carl - but Carl has a new friend, Paul, who is taking all his attention. Now, Carl seems much less happy to be called Sylvie's boyfriend - and in a game of spin the bottle, he avoids having to kiss her. Sylvie can tell his feelings have changed and that their future together might not be so clear-cut after all. But can she guess at the true reasons behind it all? Touching and compelling, Kiss is a delicately handled coming-of-age tale of first love by award-winning Jacqueline Wilson.

"Once again the queen of children's fiction doesn't disappoint, and the issue of sexuality is handled with the understanding that we have come to expect from her" * Waterstone's Books Quarterly *
"Her ability to connect with readers is peerless and her deft and honest way of tackling delicate subjects is always impressive" * The Bookseller *
"At the heart of Kiss, as in all her best books, is an emotional truthfulness, courage and comedy" * The Times *
"A great, if gritty, read from one of our best-loved authors" * Independent *
"The emotions involved in first love and rejection, as well as other teenage concerns are convincingly depicted" * The Children's Bookseller *

GOR000981743
Kiss by Jacqueline Wilson
Jacqueline Wilson
Used - Very Good
Paperback
Random House Children's Publishers UK
2008-06-05
320
0552554413
9780552554411
Short-listed for British Book Awards: WH Smith Children's Book of the Year Award 2008
Book picture is for illustrative purposes only, actual binding, cover or edition may vary.
This is a used book - there is no escaping the fact it has been read by someone else and it will show signs of wear and previous use. Overall we expect it to be in very good condition, but if you are not entirely satisfied please get in touch with us.