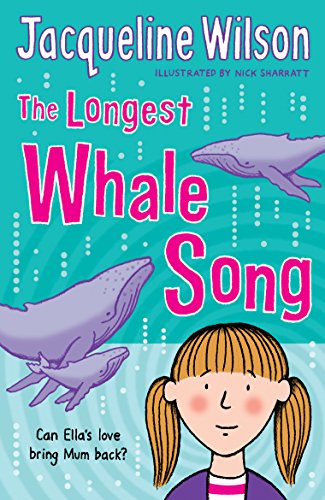 Used Price
£2.99
New RRP £6.99
Free Shipping in the UK
Ella's mum is in a deep coma, having just had a new baby. That means Ella has to live with Jack, her hopeless stepfather, and cope with her tiny newborn brother, as well as worrying about Mum. Maybe a whale song could reach Mum, wherever she is, and bring her back to Ella and baby Samson.
Reviews:
Trustpilot
Very Good

Ella's mum is in a deep coma, having just had a new baby. That means Ella has to live with Jack, her hopeless stepfather, and cope with her tiny newborn brother, as well as worrying about Mum. The only thing that's going right is her school project. It's all about whales and how they sing out to each other to attract a mate - sometimes for hours. Maybe a whale song could reach Mum, wherever she is, and bring her back to Ella and baby Samson. Surely it's worth a try?

"With its honest characters and dialogue, its unique coverage of the trauma Ella and her family experience, and its ability to unite readers with Ella's coping process is a tender, moving story in the classic Wilson mould" -- Alison Nolan * Inis *
"Wilson's clear, honest writing crackles through this moving tale . . . This absorbing novel packs an emotional punch which should satisfy Wilson's many fans, old and new" * Booktrust *
"This story will delight . . . As always, the characters are beautifully portrayed and you are really drawn into their lives, especially that of Ella" * www.parentsintouch.co.uk *

GOR003270570
The Longest Whale Song by Jacqueline Wilson
Jacqueline Wilson
Used - Very Good
Paperback
Random House Children's Publishers UK
2011-08-04
336
0440869137
9780440869139
N/A
Book picture is for illustrative purposes only, actual binding, cover or edition may vary.
This is a used book - there is no escaping the fact it has been read by someone else and it will show signs of wear and previous use. Overall we expect it to be in very good condition, but if you are not entirely satisfied please get in touch with us.