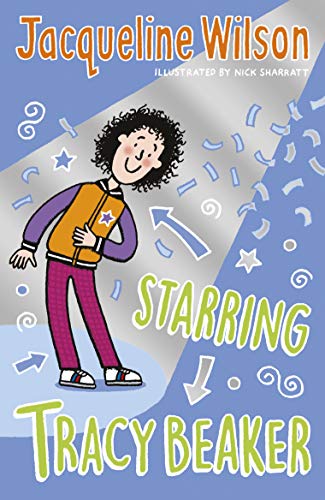 Used Price
£2,99
New RRP £6,99
Free Shipping in the UK
Tracy Beaker is back . . . Well, she does have a bit of help on that front from Justine Pain-In-The-Bum Littlewood . . . But all Tracy really wants to know is if her film-star mum will make it back from Hollywood in time to watch her in her starring role.
Reviews:
Trustpilot
Very Good Good

Tracy Beaker is back . . . and she's just desperate for a role in her school play. They're performing A Christmas Carol and for one extremely worrying moment, the irrepressible Tracy thinks she might not even get to play one of the unnamed street urchins. But then she is cast in the main role. Can she manage to act grumpy, difficult and sulky enough to play Ebenezer Scrooge? Well, she does have a bit of help on that front from Justine Pain-In-The-Bum Littlewood . . . As Tracy prepares for her big moment, Cam is the one helping her learn her lines. But all Tracy really wants to know is if her film-star mum will make it back from Hollywood in time to watch her in her starring role.

"Funny and entertaining . . . I'd definitely recommend this book and give it 5 out of 5 stars" * TBK *
"This hilarious and heartbreaking new story from the bestselling, award-winning Jacqueline Wilson follows her most popular character through ups and downs, laughs and tears. Fifteen years on from her first appearance on the page, Tracy Beaker is as vibrant and entertaining as ever" * www.bettybookmark.co.uk *
"A heartwarming story of one of the UK's most favoured children's characters" * Headteacher Update *

GOR000397329
Starring Tracy Beaker by Jacqueline Wilson
Jacqueline Wilson
Tracy Beaker
Used - Very Good
Paperback
Random House Children's Publishers UK
2007-03-17
208
0440867223
9780440867227
N/A
Book picture is for illustrative purposes only, actual binding, cover or edition may vary.
This is a used book - there is no escaping the fact it has been read by someone else and it will show signs of wear and previous use. Overall we expect it to be in very good condition, but if you are not entirely satisfied please get in touch with us.