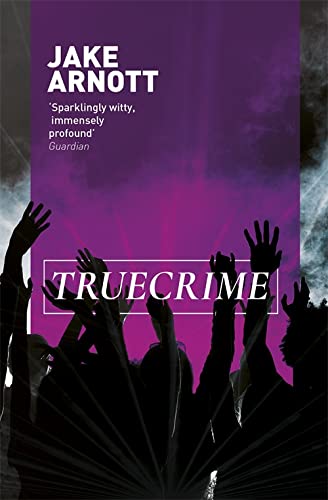 In Stock
£3.99
A blistering take on Cool Britannia and London's underbelly in the 1990s, the third novel in Jake Arnott's loose trilogy following The Long Firm and He Kills Coppers.
Very Good
9 in stock

A blistering take on Cool Britannia and London's underbelly in the 1990s, the third novel in Jake Arnott's loose trilogy following The Long Firm and He Kills Coppers.

It's 1995, and crime is the new cool. Actress Julie wants none of it as she comes to terms with her hidden criminal roots. But her public-school boyfriend is going all mockney and writing the script of his 'classic British gangster movie'. Meanwhile, 'Geezer' Gaz, wannabe villain, is losing control as he preys on the Essex rave scene. And sixties gang boss Harry Starks is back to haunt them all . . .

A rollercoaster journey through a landscape most honest, decent people wouldn't know existed . . . sparklingly witty, immensely profound . . . it should be read as a matter of urgency * Erwin James, Guardian *
The most expansive, ironical and funny novel of the series * David Isaacson, Daily Telegraph *
The popularity of Arnott's work rests on his fluent, readable style and strong storytelling. While challenging the hype surrounding the genre, he avoids hypocrisy by stopping just short of glamorising his subject matter. * New Statesman *
Arnott delivers a beacon-bright satire . . . a literary triumph * Metro *
Arnott's satire is right on the money * Observer *
'Arnott's clever, style-conscious book is brutally authentic, yet at the same time ironically "knowing", with an almost satirical attitude to gangster entertainment and the cult of criminal celebrity. Its total readability consolidates his status as a blue-chip crime writer'. * Sunday Times *
Arnott has a sharp sense of humour and a real concern for the consequences of crime on his characters and society. * Daily Telegraph *
Arnott is both witty and gritty. * Daily Telegraph *

GOR000542975
truecrime by Jake Arnott
Jake Arnott
Used - Very Good
Hardback
Hodder & Stoughton General Division
2004-06-21
352
0340818573
9780340818572
N/A
Book picture is for illustrative purposes only, actual binding, cover or edition may vary.
This is a used book - there is no escaping the fact it has been read by someone else and it will show signs of wear and previous use. Overall we expect it to be in very good condition, but if you are not entirely satisfied please get in touch with us.