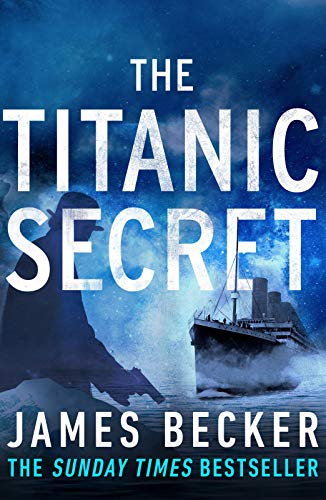 The Titanic Secret by James Becker

The Titanic Secret by James Becker

Was it really an iceberg that sunk the Titanic? Or is that just what they want you to think?

On Sunday 15 April 1912, the 'unsinkable' RMS Titanic sinks on her maiden voyage to New York. But the truth is quickly suppressed.

On board she carries three men scheming to create a new military alliance between the USA and Germany. Their goal - war with Great Britain and the destruction of the British Empire. Alex Tremayne and his American colleague Maria Weston are sent by British Intelligence to stop the spies, and with them the greatest war in history.

On a voyage bristling with intrigue, Alex and Maria have one aim: to stop the conspirators from reaching America - at any cost...

James Becker is an author of conspiracy, espionage and action thrillers. He spent over twenty years in the Royal Navy's Fleet Air Arm. Involved in covert operations in many of the world's hotspots, he brings a high level of detail and authenticity to his work. He also writes action-adventure novels under the name James Barrington and military history under the name Peter Smith in the UK.
GOR009829987
9781788633789
1788633784
The Titanic Secret by James Becker
James Becker
Used - Very Good
Paperback
Canelo
2019-01-10
400
N/A
Book picture is for illustrative purposes only, actual binding, cover or edition may vary.
This is a used book - there is no escaping the fact it has been read by someone else and it will show signs of wear and previous use. Overall we expect it to be in very good condition, but if you are not entirely satisfied please get in touch with us
Trustpilot