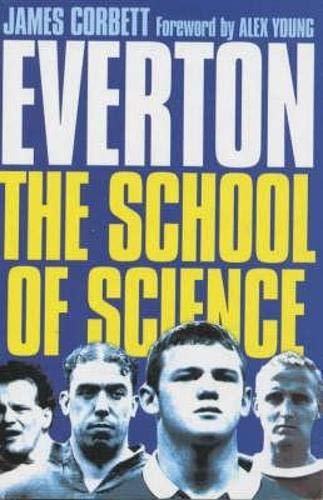 In Stock
£4.49
Published to coincide with the 125th Anniversary of the foundation of Everton Football Club, The School of Science tells the story of this illustrious team
Very Good Good
Only 1 left

In this highly acclaimed history of one of the most distinguished British teams, James Corbett traces the fortunes of Everton Football Club - from the first league match (a win against Accrington) to the emergence of Wayne Rooney.

Bringing to life fans' memories and dramatising the times they weren't around to experience, this is a comprehensive history of the club, one studded with triumph and, as any fan can testify, disaster. From the glorious championship team of 1938-9, to the relegation of the early fifties and the dramatic FA Cup victory of 1966, from Dixie Dean to Gary Lineker, James Corbett's fascinating history goes behind the scenes and uncovers the stories of the individuals who made the club.

Written with the enthusiasm and stoicism of a committed Toffeeman, the wit of a fanzine and the authority of a historian, this is the ultimate guide to the team's story.

the stories from the bootroom to the boardroom'

News of the World

A lifelong Evertonian, James Corbett was born in Liverpool in 1978. He founded and edited the popular Gwladys Sings The Blues fanzine between 1994-97, before leaving to study at the London School of Economics and Birkbeck College. He writes for the influential Egyptian newspaper Al Ahram Weekly, is married, and lives in London.

GOR000950280
Everton: School of Science by James Corbett
James Corbett
Used - Very Good
Paperback
Pan Macmillan
2004-09-03
432
0330420062
9780330420068
N/A
Book picture is for illustrative purposes only, actual binding, cover or edition may vary.
This is a used book - there is no escaping the fact it has been read by someone else and it will show signs of wear and previous use. Overall we expect it to be in very good condition, but if you are not entirely satisfied please get in touch with us.