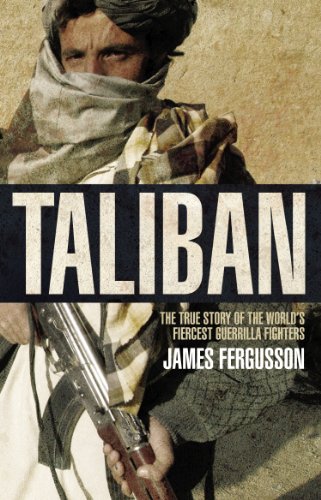 In Stock
£3.99
The Taliban, as they now called themselves - taliban is the plural of talib, literally 'one who seeks knowledge' - had a simple mission statement: the disarmament of the population, and the establishment of a theocracy based on Sharia law.
Very Good
Only 1 left

Fifteen years ago, southern Afghanistan was in even greater chaos than it is now. The Russians, who had occupied the country throughout the 1980s, were long gone. The disparate ethnic and religious leaders who had united to eject the invaders - the famous mujaheddin - were at each others' throats. For the rural poor of Kandahar province, life was almost impossible. On 12 October 1994 a small group of religious students decided to take matters into their own hands. Led by an illiterate village mullah with one eye, some 200 of them surrounded and took Spin Boldak, a trucking stop on the border with Pakistan. From this short and unremarkable border skirmish, a legend was born. The students' numbers swelled as news of their triumph spread. The Taliban, as they now called themselves - taliban is the plural of talib, literally 'one who seeks knowledge' - had a simple mission statement: the disarmament of the population, and the establishment of a theocracy based on Sharia law. They fought with a religious zeal that the warring mujaheddin could not match. By February 1995, this people's revolt had become a national movement; 18 months later Kabul fell, and the country was effectively theirs. James Fergusson's fascinating account of this extraordinary story will be required reading for anyone who wishes to understand the situation in Afghanistan, now and for the future...

"Excellent" * Time Out (Book of the Week) *
"one of the best... a brave book - Fergusson is prepared to probe beyond the cliche" * Daily Telegraph *
"Crystal-clear writing and first-rate analysis...devastating... this is a stunning book. Meticulously researched and deeply thoughtful, it is explanatory journalism at its best." * HM Forces magazine *
"...a brave and nuanced re-evaluation of the Taliban" * Daily Telegraph *

James Fergusson is a freelance journalist and foreign correspondent who has written for many publications including the Independent, The Times, the Daily Telegraph, the Daily Mail and The Economist. From 1997 he reported from Mazar-i-Sharif in northern Afghanistan, covering that city's fall to the Taliban. In 1998 he became the first western journalist in more than two years to interview the fugitive warlord Gulbuddin Hekmatyar. His first book, Kandahar Cockney, told the story of Mir, his Pashtun fixer-interpreter whom he befriended and helped gain political asylum in London. From 1999 to 2001 he worked in Sarajevo as a press spokesman for OHR, the organisation charged with implementing the Dayton, Ohio peace accord that ended Bosnia's savage civil war in 1995. He lives in Edinburgh and is married with three children.

GOR003615579
Taliban by James Fergusson
James Fergusson
Used - Very Good
Paperback
Transworld Publishers Ltd
2011-04-14
432
0552162833
9780552162838
N/A
Book picture is for illustrative purposes only, actual binding, cover or edition may vary.
This is a used book - there is no escaping the fact it has been read by someone else and it will show signs of wear and previous use. Overall we expect it to be in very good condition, but if you are not entirely satisfied please get in touch with us.